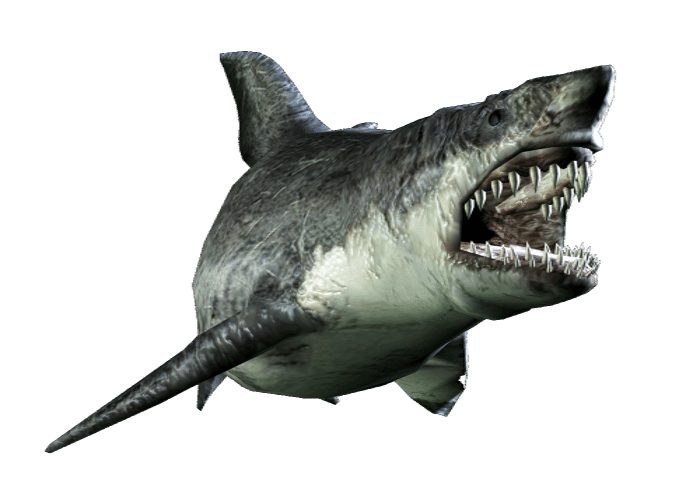 The Neptune was a great white shark injected with the α-strain t-Virus in an experiment to see how the virus adapted to the genes of marine life. Although viral application did make the subject grow larger, minimal changes were observed because the base organism was already a large and ferocious creature. The natural aggressive tendencies of the shark were increased and its strength became augmented to the extent that it feared no other living creature.

Because of its attack capabilities and durability for sustaining damage, it made for impressive reading. However, because of its obvious restriction to water, the Neptune had zero applications for battle on land. The effects of body decay caused by the virus were minimised but the beneficial effects were meagre and it soon became clear substantial strengthening could not be expected. Because of this, the test subjects were disposed of and only one was retained for progress observation. During this clinical trial, it was discovered the shark had already been pregnant before viral infection. Because it was an ovoviviparous creature, it gave birth to dozens of live young, however most of the fries died because they were unable to cope with the sudden changes in their bodies brought on by the t-Virus.

In the end, only two of the off-spring survived and thanks to the virus, changes were present in both subjects. This provided valuable data for the researchers about the influence of the t-Virus on foetuses within the mother’s body.

Although Umbrella planned to use cloning for future B.O.W. mass- production, creatures with the ability to self-produce was an avenue worth exploring in the future. The Neptune was given the code-name ‘FI-03’ and kept in the Aqua Ring with its two offspring for observation.

There were also several cases of secondarily infected sharks in later years, most notably the bull sharks living in captivity at Raccoon University. Although smaller than great whites, they possessed similar characteristics. These subjects provided strong evidence that despite infection with a much improved and more potent strain of t-Virus, there was still no significant strengthening observed and this would seem to justify the Arklay research teams’ original decision to abandon the project. 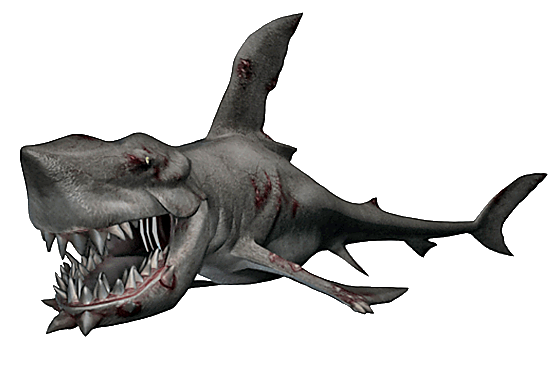