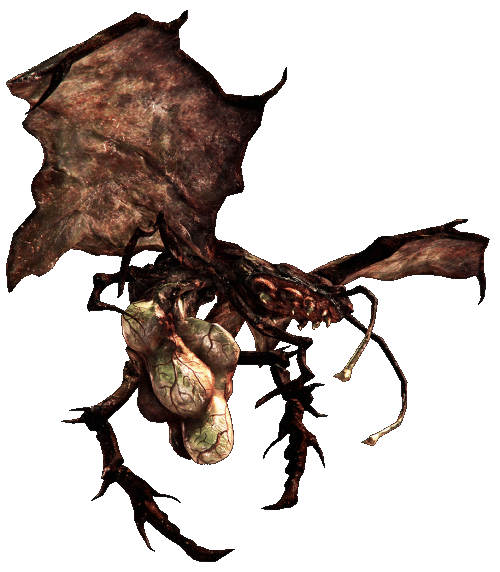 The Oko (Serbian for Bat) were small, moth like creature that was born from the much larger Ustanak B.O.W. to help with its ocular shortcomings.

These creatures were released from an organ on the Ustanak’s back. Insect-like in appearance, their erratic flight patterns were more indicative of bats.

The Oko searched for enemies by using its developed hearing and ultrasonic waves to compensate for the Ustanak’s weak visual performance. It shared its sensory organs with Ustanak and upon finding a target, informed it by flapping its wings and emitting a light at a level only Ustanak could detect. The mechanism behind this shared sensory perception remains unknown, but their ultrasonic waves cannot pass through walls and other barriers.