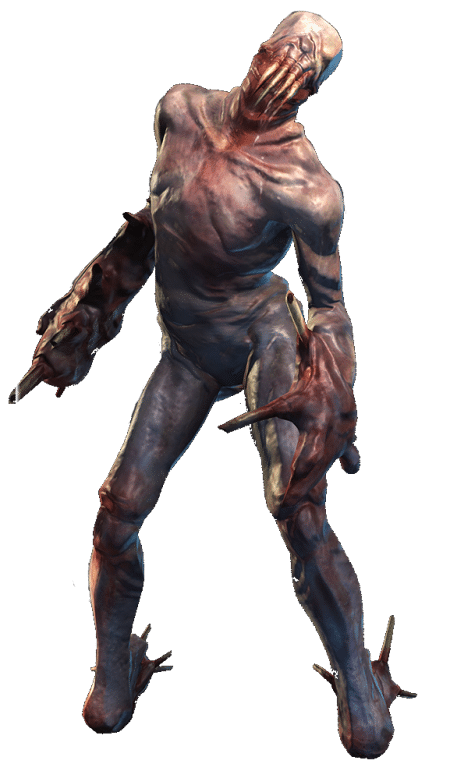 The Ooze is the direct result of standard t-Abyss infection upon a human being. When a body is infected, the virus fuses to the cell membranes and absorbs water and nutrients at an alarming rate. As a result, the cell membranes swell abnormally and merge with other cells around them. This swelling is down to an increase of osmotic pressure causing the cells to eventually burst. This process repeats itself until the infected body becomes waterlogged and results in the appearance of a drowned corpse that has been immersed for a long time until the flesh half-liquefies. The application of t-Virus genes into the original Abyss Virus allowed for cross-species infection but the rate of powerful mutation speed derived from the Abyss Virus was too rapid and caused the body tissue of infected individuals to collapse.

Researchers overcame this problem by suppressing the activity and speed of the virus during the early stages of infection and therefore allowing the host body to slowly adapt to the infection over time. But a side effect of this tinkering resulted in mutation within the muscular structure and bone composition. The soft flesh and high water content allowed for the stretching and compacting of skin. It could also dislodge its joints making the host extremely malleable and flexible, therefore allowing it to hide and attack from unexpected places and squeeze through gaps far too small for its intended body mass. Some hosts have shown the ability to secrete their liquefied bony material from their hands and feet, thus giving their appendages sharp, protective coverings. Human hosts such as these have been designated with the codename “Ooze.” Although it still maintains a recognisable humanoid form, researchers have determined the subjects have no memory or recollection of their past lives. They act on pure instinct as the t-Abyss virus drove the host to seek more and more water for nourishment, searching for living prey whose bodily fluids it can absorb. The rapid spread of the virus throughout the body consumes internal bodily fluids at an alarming rate and constantly needs replenished. The skin of an Ooze is almost gelatinous in composition and is a pasty-white or dull grey colour.

A standard Ooze has no eyes and inside its mouth is an extendable proboscis organ similar in appearance to a lamprey eel, containing dozens of sharp teeth capable of latching onto a host like a leech. This mouth can suck, bite and sip. It also possessed fish and octopus gills at the back of its neck used as an outlet for waste fluids. The mutated bone composition also hardens and expands the limbs, pushing them through the soft skin and resulting in sharpened talons they can use to stab and slash their prey. It also utilises these jagged limbs for grip when they rise up off the floor. Ooze move slowly and do not feel any pain. Once they grab their target, they can inflict a lot of damage. They like to corner humans in narrow pathways, and can target those who appear to be most nutritious. Although body parts can be shot off to limit its mobility, they will grow back over time. They can be detected on approach as their footsteps make a wet-sounding noise.

As well as the standard Ooze subject, there are three other confirmed variants, each with unique properties:

OOZE PINCER – This subspecies features arms that have mutated into enlarged scissor-shapes, making it even more deadly than a standard Ooze. Attacks unleashed from its arms are wider in range, lending it the ability to capture its prey from distance. One notable characteristic is the claws on its head have closed in on themselves to conceal the face, lending the appearance of a giant clam. 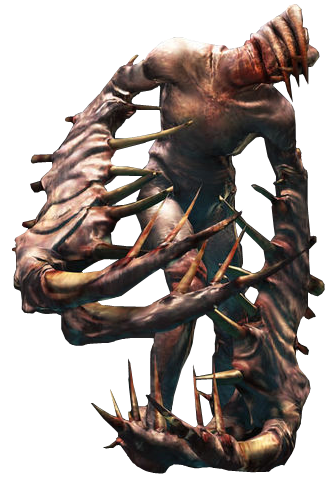 OOZE TRICORNE – This variant features further mutations to the head and right hand. The name ‘Tricorne’ derives from its head which resembles a three-cornered hat used in historic navies. The Tricorne is able to mutate a part of its body into bone fragments and launch them from its enlarged right arm. Its bones gradually get smaller the more projectiles it shoots. An eye-like organ used to target enemies is visible through a small gap in its skull. 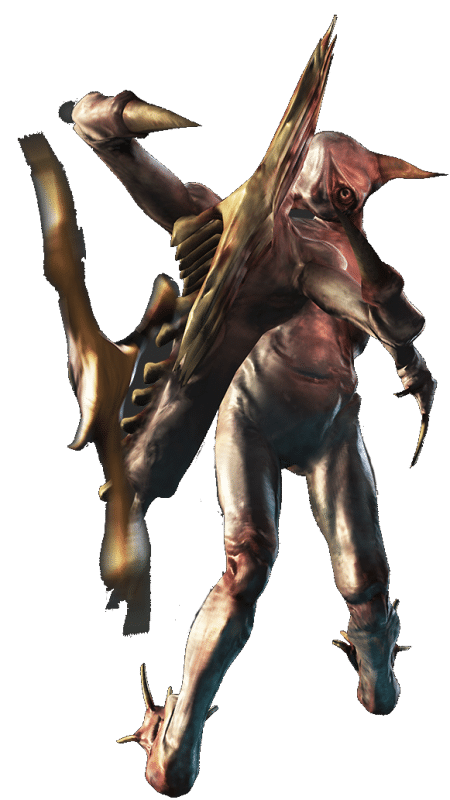 OOZE CHUNK – This final variant has absorbed too much fluid for its body to handle and has an abnormally swelled upper half. It has mutated well beyond its original human form and when enemies approach it will detonate itself, grievously wounding anything caught in the blast. Its swelling mass has a visceral, slimy texture, and blood vessels can be seen through the skin. Its legs remain the same as that of an ordinary Ooze, but its upper body is more sponge-like. Its arms will gradually lift as the body swells, giving some warning it is about to self-destruct. 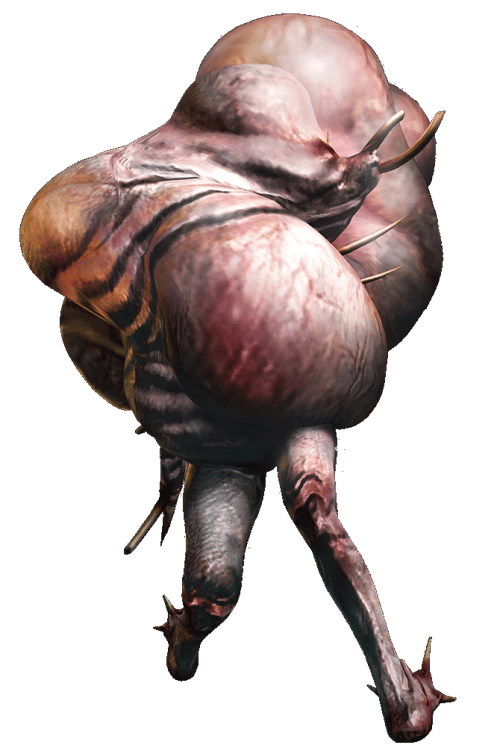