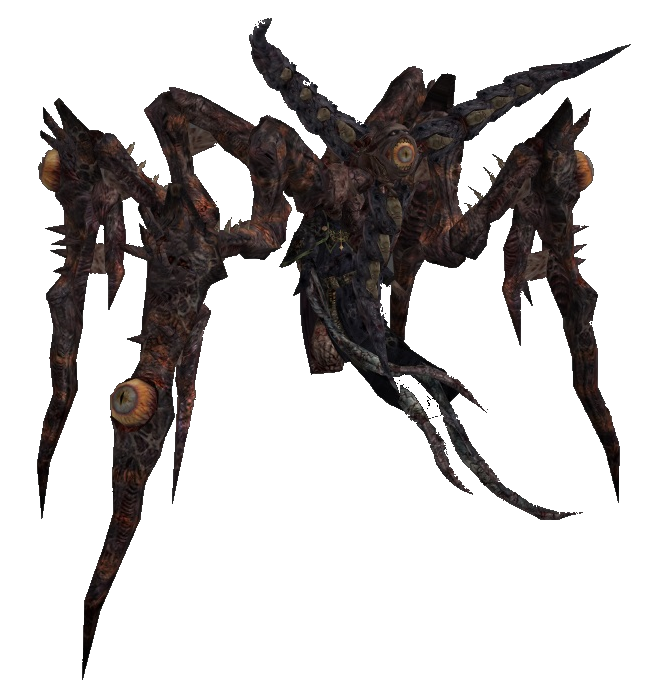 Leader of the Los Illumandos orgnisation, Osmund Saddler was in full control of the Dominant Plaga that he was inside of him. The level of control was unprecedented, allowing Saddler the ability to extent a tentacle from his person as a means of attack. This mutation was temporary and would be absorbed back into his body when no longer required.

During the final phases of his plan to hold the United States of America ransom, the lone agent, Leon S. Kennedy had gradually become a nusience after disposing of his subordinates.

Therefore, Saddler confronted Leon and spy, Ada Wong on a construction site on his island. Before their very eyes, Saddler releases the full power of the Plaga and transforms into a massive, spider-like creature. Countless tentacles and four crab-like legs emerge from his head, leaving his body little more than a shredded husk.

Gnashing jaws sit at the end of his extended neck, and each of his legs is mounted with an eyeball, affording him an unimpeded 360 degree view of the battlefield around him.

Despite this impressive show of power and mutation, it was no match for the firepower Leon and Ada were able to unleash upon Saddler. He was ultiamtely defeated by a well placed rocket launcher missile.