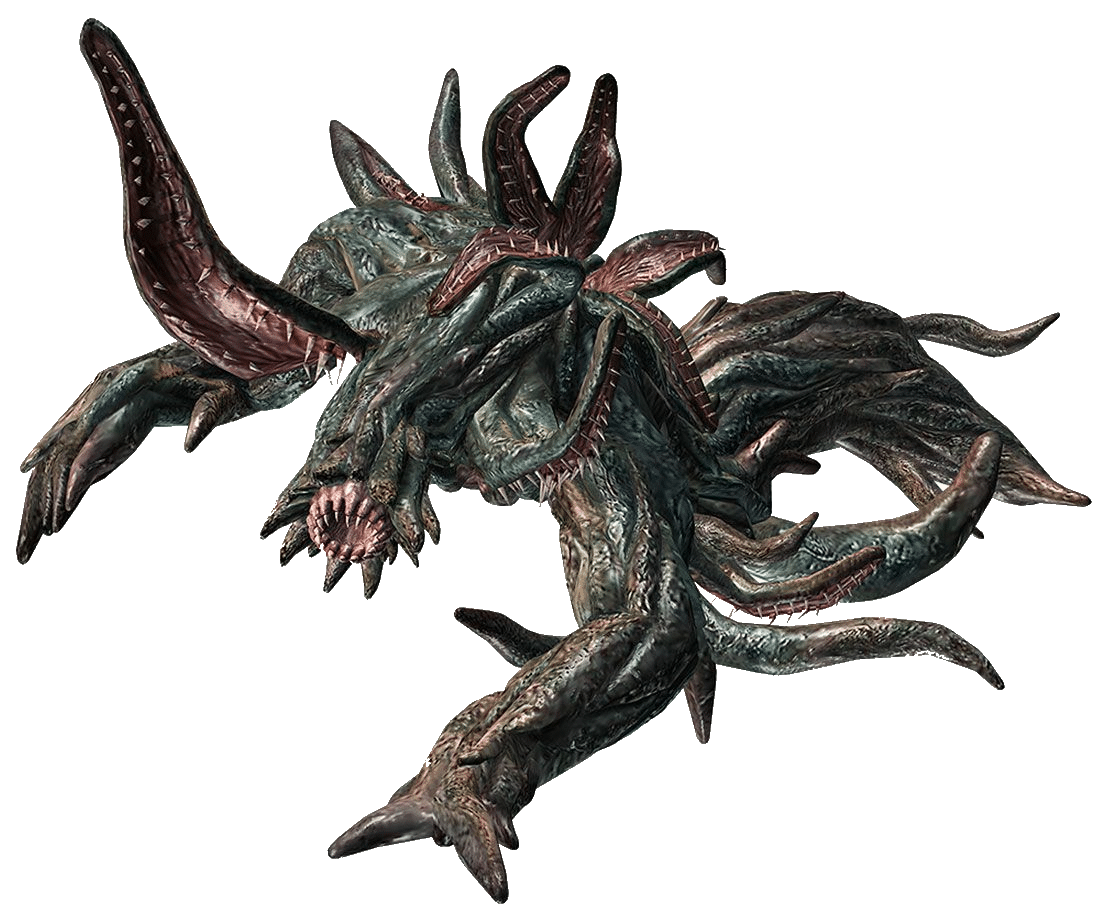 The Queen Leech was originally a t-Virus specimen being worked on by Dr. Marcus in the late 1980’s. Marcus had been working on the leeches for ten years and they had demonstrated a collective intelligence and recognised him as their master, mimicking his movements and even coming together to look like him. When Marcus was later murdered by Umbrella, the Queen Leech sought out his corpse and nested inside, beginning a miraculous process to merge with his DNA. After ten years the t-Virus within the leech had fully fused with the human remains which were absorbed by the leech. The transfiguration of its body structure reached an unthinkable level and was completely transformed. It moulded its body shape on the late doctor, typically taking the form of a younger Marcus who felt at his peak when he first graduated from university back in 1939. It also inherited Marcus’s memories and feelings, including his resentment towards Spencer and Umbrella.

This is thought to be down to the fusion phenomenon after the Leech began moulding with his corpse. It remains a common mis-conception that the Queen Leech resurrected Marcus from the dead, but this is not the case. It is theorised that over many years, the Leech Queen could acquire basic genetic information from dead people, resulting in its look as Marcus.

As the queen, it had full control over countless other leeches using secreted micro chemicals and could break the mould of Marcus and become its first transfigured form. Whilst still maintaining a vaguely humanoid shape with recognisable limbs, it no longer looked human and had a number of large whip-like tentacles emanating from its back, which it used to attack targets. It would also use these appendages to restrain its targets whilst it infected them with the t-Virus. If the Queen sensed bodily harm, it would cease retraining its natural functions and mutate into a larger, second form. It would merge with all leeches in the nearby area, significantly adding to its body mass and usingthem as an energy source to multiply its own cells. This process rearranged the structure of its first form and completely regenerated damaged sections. The mass of the second form was many tens of times greater than the first. Its great size and appearance made it seem primitive and extremely grotesque. Its tentacles and feelers were full of rows of razor sharp teeth.

The second form of the Queen Leech was practically invulnerable and powerful enough to withstand fire from even heavy weapons. But although the vitality of the creature was extremely high, when the Leech was in its second form it also exposed its greatest weakness. To maintain this form, the leeches were coated with an almost transparent film that allowed ultra-violet rays to pass through. This was its downfall for the ultraviolet rays found in sunlight broke down its cellular structure if exposed directly. The burnt cells had a hard time maintaining the second form of the Queen, rendering it extremely weak and unable to protect itself.

Because leeches are hermaphrodite, the name of “Queen” as the ruler of this population was only for convenience.