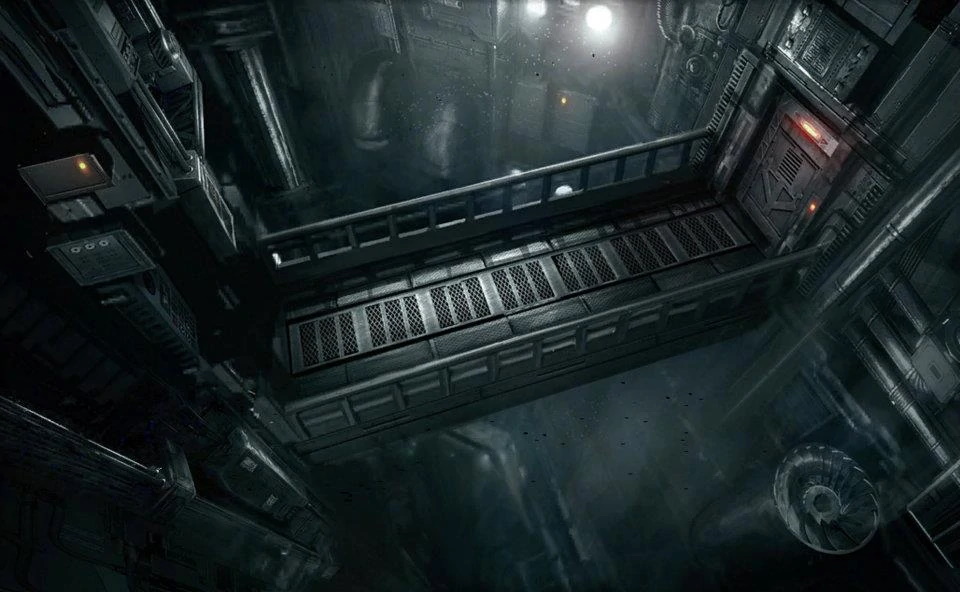 Constructed deep beneath the surface of Raccoon City, this laboratory was built for conducting special clinical trials and developing pharmaceuticals. It possessed strict security measures and a quarantine facility ensuring that experiments could be performed on various levels of viruses. General Umbrella employees did not even know of the facility’ existence, let alone have the opportunity to enter. This was where the physical containment level P4 laboratories were. Many high-level viruses capable of posing a biohazard threat were handled exclusively at this facility. To enter this area, it was necessary to pass through 3 to 4 levels of additional security.

The head administrator, Walter Ryan, had a duty to change all employee access codes on a monthly basis. The work was highly dangerous, but despite the people working at the facility using these deadly viruses for their experiments on a daily basis, they gradually became desensitized to the dangers that surrounded them. Although the labyrinthine complex stretched out beneath the centre of Raccoon City, the primary annex entrance was a huge octagonal-shaped atrium that ran down up to four levels underground from the surface located at a vacant factory in the old Lonsdale Train Yards on the edge of town. This site was in the industrial zone near to the Umbrella-operated chemical plant and water treatment facility. Lonsdale Train Yards and the marshalling yard had several different turntables and each one was surrounded by four housing sheds, each with a different number. Train tracks spiralled off into several different directions but only Umbrella’s turn table went down to the lab. In one of the sheds was a door leading down to the power room that controlled the hidden elevator. There was also a surveillance room on the upper section of the turntable just beneath the surface. Although the turntable only went down to b4 level, the lab itself actually went on for another 4 levels further down, making for a total of 8 subterranean levels overall. B1 level was nothing but gantries and walkways running around the perimeter of the turn table shaft and was used mainly for repairs and maintenance. B2 was equipped with a main power room and a furnace, as well as a self-destruct system should any emergencies occur. B3 were the administration areas and a large warehouse for B.O.W.s held in cold storage. B4 was the main hub of the facility and the lowest point the turntable could reach.

Once the turn table was secured, a shutter could be raised revealing train tracks running out the lab underground before emerging through the mountain and into the midst of Raccoon Forest near the mansion. A door to the side here accessed another elevator which could either be ridden up to B1 level or down to the entrance of Umbrella’s Water Treatment Facility near the Raccoon Dam. On the opposite side of the turn table was a security office and a corridor leading down to the master elevator which ran up to B2 level where the self-destruct system and furnace was housed. A door into the main shaft of the lab contained the central power transformer. From here, two walkways branched off to the East and West working areas respectively. The East area walkway was lit up by blue lights and contained a temperature control room, small operating theatre and a B.O.W. storage room.

This room was security protected by a large shutter with an identification card required to open. Users then had to pass through a fingerprint recognition system to unlock the entrance door. Fingerprint access could be authorised via a computer terminal on B5 level. This room was used to house dangerous specimens such as a T-103 Super Tyrant and G-Virus experiments.

The West Area walkway was lit up by red light and contained several researchers’ dormitories and a terminal to activate the P-Epsilon anti-B.O.W. gas. An ID card needed to be swiped to unlock a shutter hiding a ladder leading down to the next level of the lab. B5 level contained a surveillance monitoring room for the whole facility as well as access to a cargo room and the emergency elevator running down to the train platform on level B8. An M.O. disc was required to access this area. Beyond the surveillance room, a corridor ran down to another area with a computer room on the right and William Birkin’s P4 laboratory on the left. The computer room contained a security terminal to gain fingerprint authorisation for the B.O.W. storage room on B4 level.

Birkin’s personal laboratory held a munitions storage, a small underground escape hatch and a sterile treatment room containing an assortment of experimental equipment, including the Devil vaccine synthesis machine. B6 level contained numerous small laboratories, an employee break room and an experimentation monitoring room. A valve handle could be used to open a door hidden in the central atrium to a ladder running down to B7 level. B7 contained an identical experimentation monitoring room with ladder access up to the same room on B6. It also housed a chemical storage room, a heat-sensitive experimentation chamber and more small laboratories. B8 level was the very bottom of the underground laboratory and contained a train platform for emergency evacuations. The tunnel ran outside the mountain beyond the city limits and into the desert.

The whole facility was strictly monitored. Security cameras were on every floor and all materials coming in and out of the facility were scrutinised to intense screening. As well as the turn table, there were numerous other hidden entrances, including sewer and utility tunnel access. William Birkin was the man in charge of the facility and was also director of the adjacent Chemical Plant.