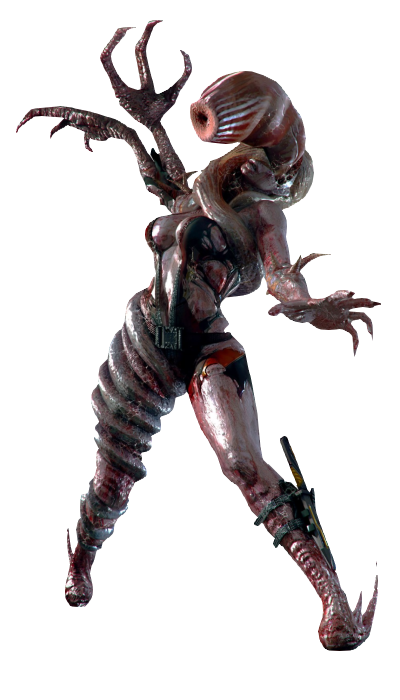 A unique mutation following her infection with the t-Abyss Virus.

F.B.C. agent Rachel Foley mutated shortly after she died and developed a large mutation on her left arm which split in two below the elbow. Spines grew out of each arm and a serpentine growth coiled around her left leg like an eel. Sharp talons developed on the back of her feet and her head could split in half to reveal the razor-sharp proboscis hidden within. She is not sentient but moves a lot quicker than a standard Ooze and will relentlessly hunt her prey down. She also demonstrates some intelligence by hiding and taunting her target. She was also still capable of limited speech.