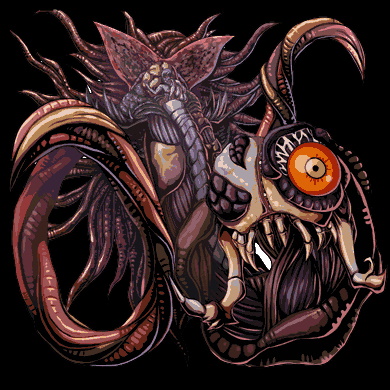 This creature is the result of three separate Plaga infected organisms combining into one bio-organic weapon.

Upon being confronted by Leon S. Kennedy, Ramon Salazar allowed himself to be consumed by the Queen Plaga that had created its home within his castle. Salazar also triggered his own dominant plaga inside himself at this point.

Upon his consumption, Salazar’s remaining Verdugo bodyguard was also fused with the Queen Plaga and the result was this large, almost plant like Plaga specimen.

The human remnants of Salazar ruled on high above a large mouth and eyeball of the Queen that could attack foes with great force.

Despite this however, the creature met its end thanks to the efforts of Leon. The destruction of the Queen Plaga also meant that no new Plaga parasites would be born naturally from this nest.