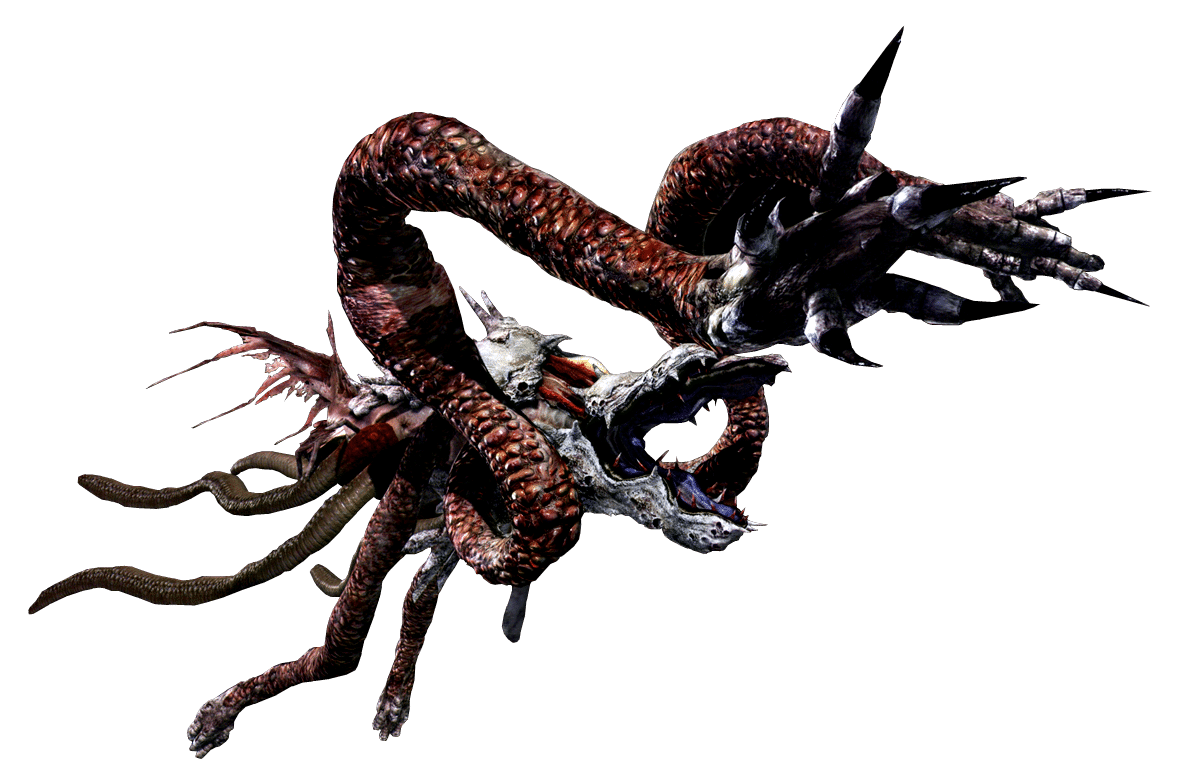 The result of Ricardo Irving injecting himself with the Dominant Strain Plaga.

Ricardo underwent a massive level of mutation with huge tentacles sprouting from his back. Further mutations occur when Ricardo slips into the water transforming into a giant aqua-creature; a 30 foot leviathan with armoured scales for skin. The human remains of Ricardo can be seen when the B.O.W opens its mouth.

Despite this show of power and new found aquatic ability, the B.S.A.A are able to subdue the beast after firing a salvo of explosive rockets from a boat’s turret. Rapid fire guns are also used which severs the length of tissue connecting the remains of Irving to the rest of the creature. This causes Irving to spiral out and collapse on the desk of the ship whilst the bulk of the monster sinks beneath the surface.