Rosemary Winters is the daughter of Ethan and Mia Winters and an adapter of the Megamycete infection following experimentation by Mother Miranda in February 2021.

Born on 2 August 2020 at Applefield Memorial Hospital, Rose weighed an extremely healthy 14.48 pounds and was 24.53 inches in height. Rose passed all the usual baby reactions tests including hearing, vision and touch and there were no concerns about her birth. However, the hospital were clearly aware of her parent’s medical conditions and Rose would later be tested for Mold by the B.S.A.A. 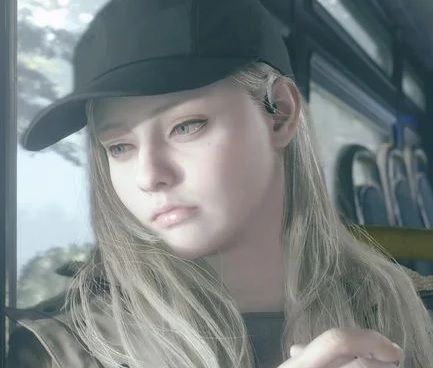 Born in the United States, but under constant observation, her parents life created certain difficulties for Rosemary. Her mother, Mia was a former scientist working for the criminal syndicate, The Connections. She was instrumental in the creation of the Eveline E-001 B.O.W. In 2017 Mia was infected by Eveline and the Mutamycete Mold.  Rosemary’s father meanwhile, Ethan was actually killed in the same incident by Jack Baker but due to his unique bonding with the Mold, was resurrected in Dulvey.

Post incident, Mia was supplied with anti-Mold medication and was deemed free of infection. It is unclear how Ethan’s infection, which remained present for the next 4 years went undetected. The result of this was that even though Ethan’s unique properties were unknown at the time, the fact that Rose was born to a mother, infected and cured of Mold was an intriguing development. So much so that The Connections tried to locate the family whilst under witness protection of the B.S.A.A.

The situation manifested itself to such an extent that Ethan, Mia and Rose were moved to Ethan Europe in early February 2021 to start a new life. Unbeknownst to the family, their relocation was situated extremely close to The Village – the home of Miranda and the origin on the Mold. Perhaps knowing that the Winters’ relocation would not remain secret for long, it can be assumed that this was a plan by either the B.S.A.A or Chris Redfield to draw out Miranda from hiding.

At some point Miranda was able to locate Mia and trap her in her laboratory. Armed with her DNA, she was able to shapeshift into Mia and masqueraded as Ethan’s wife. This allowed her to be with Rosemary, who she believed was the perfect vessel in order to resurrect her own daughter Eva though the use of the Megamycete organism. Ethan was clueless about the switch.

on 9 February 2021, Hound Wolf Squad burst into the Winter’s home led by Chris Redfield. Miranda, posing as Mia was violently shot multiple times and Rosemary taken by Chris. Ethan too was knocked out and the pair taken away with the dead body of Miranda. Miranda however was far more powerful and resilient than Chris anticipated. She survived the attack and awoke in the convoy abducting Rosemary once again leaving a trail of destruction in her wake.

Now back at The Village, Miranda immediately set to work with her long planned ceremony. Rosemary was infected with the Mold and as predicted, due to her unique properties her body crystallized. Rosemary was then literally split into 4 body parts and stored in 4 separate flasks – all of which would be needed as part of the ceremony. The 4 flasks were given to the 4 Lords.

By the next day, Ethan Winters, determined to save his daughter had recovered the 4 flasks and confronted Miranda mid ceremony. Rosemary was then literally re-born from the Mold. The process had been a failure from Miranda’s point of view as Eva had not returned. The process also sapped Miranda of a lot of her powers and was successfully killed by Ethan in the aftermath.

Ethan however had his own war wounds and did that battle without a heart. Grabbing his daughter, Rosemary was taken by her father to Chris and then to Mia for safety. Ethan however, close to death sacrificed himself to prevent the Mold from spreading.

Following the Village incident, Rosemary continued to live a relatively normal life with Mia. Details of where she lived are unknown at this time, but as she attended school, the effects of her Mold rebirth began to become problematic. Rose was picked on profusely by her peers for being different. She was in essence a biological weapon, born from the Mold and was not human. As the years passed Rose became desperate to rid herself of her Mold powers.

In 2036 at the age of 16, and under the stewardship and protection of Chris Redfield and Hound Wolf Squad, Rose met with Canine “K” from the team. He proceeds to advise Rose that a sample of the Megamycete was in a nearby laboratory. As Rose was a Mold creation he theorised that she could enter into the hive mind consciousness of the Megamycete. Once inside, she could locate a purifying crystal that could relinquish her powers for good.

Sceptical, Rosemary went with K to the laboratory to investigate. Unbeknownst to Rose, the person she was talking to was not K, but a projection created by the remains of Mother Miranda – her consciousness also inside the Megamycete following her death in 2021. Quite how Miranda was able to create such an illusion whilst being trapped inside a hive mind, in a jar in a laboratory remains unclear.