Professor Ryan Howard was a genius scientist and virology specialist. He lived a happy and fruitful life with his wife, whilst at the same time carving out a career in science and gaining an impressive reputation in the field of archaeology and the study of fossils. Eventually his wife became pregnant but she developed a serious illness that was eventually diagnosed as terminal. With Ryan’s support, she fought on long enough to give birth to their son, Tyler, but passed away shortly afterwards. Ryan brought Tyler up alone, but his work was affected and they eventually ended up out on the streets when his research grants were frozen and he was made redundant from his job.
However, shortly after the turn of the millennium his talents were recognised by Umbrella and he received a conditional offer of employment to work on covert biological weapons development. Ryan had moral misgivings about the work and was forced to spend all his time in a single laboratory, but he persevered in the firm belief that if his research was successful it would bring financial security for him and his son. The work was long and hard, he was isolated in the laboratory for months at a time and this caused a strain on his relationship with Tyler. 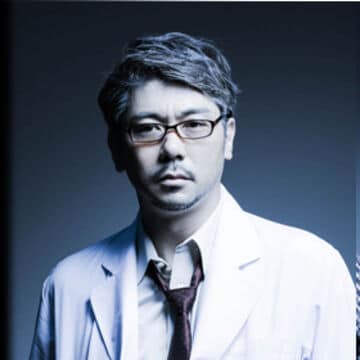 Ryan often complained, but Umbrella would not allow him to return home until his research was complete. The company had access to the ‘Irish Giant’; the fossilised remains of an ancient human uncovered in a mine in Northern Ireland a century ago. Howard specialised in DNA fossil regeneration research and was using the extracted DNA from the remains to engineer a new strain of t-Virus.

One day, Howard was approached by a fellow colleague named Dr Gray who explained that his daughter, Mary, was suffering from an incurable blood disorder. The prognosis was terminal and in desperation, Gray was contemplating using the t-Virus as a form of treatment to prolong her life. Howard was later put in charge of Mary’s care and injected her with the virus as a last resort after exhausting all other avenues. But miraculously, Mary bonded with the t-Virus perfectly on a cellular level never before seen. Her DNA was a perfect match and the virus cured her disease, boosted her cognitive functions and raised her intelligence levels dramatically, leaving her with an IQ of 230. Howard and the other researchers were astounded. It was a freak occurrence and a one in a billion outcome. From that moment on, Howard kept Mary close at hand.

Following the ultimate collapse of Umbrella, both Mary’s parents were killed and Howard formally adopted her as his daughter. He devised an automated injection device she had strapped to her wrist that would automatically administer small doses of the virus at regular intervals. Together with a contingent of former Umbrella researchers, they were forced to go into hiding.

After over a year of no contact and concerned for his missing father, Tyler Howard joined the Rochester City Police as a means to investigate the remnants of Umbrella and the possible whereabouts of his dad. They had been out of contact for so long at this point that Ryan had no idea his son had begun a career in law enforcement. In 2005 Tyler was caught up in a biohazard in St. Cloud, Minnesota and apparently killed, leaving Howard distraught when he finally heard the news. The research group Howard was associated with were responsible for the outbreak in Minnesota and Howard could not cope with the loss of his son. But over time, he harkened back to his research on DNA regeneration and became convinced he could revive Tyler. He had access to the t-Virus and all he needed was to recover Tyler’s remains. However, Howard had no idea Tyler had in fact survived the incident and his death was faked in order for him to join up with Adam Benford’s Secret Military Agency.

Sometime later, Howard came into contact with Ezra Sennett and the two of them formed a close professional relationship. He was interested in Ezra’s philosophy of evolving the human mind with an insatiable desire to learn and further educate as a means to eradicate war and conflict. Howard offered his services to help Ezra achieve his mission, citing Mary Gray and her phenomenal IQ as proof of his success and convinced Ezra he could use the t-Virus to create an endless upgrade to human intelligence. Ezra was immediately taken with Mary Gray and offered Howard a position at Philosophy University, providing him with his own laboratory facilities and state of the art equipment, even shipping over the Irish Giant. But in reality Howard’s offer of help to Ezra was all a ruse to assist with his continuing goal of resurrecting his dead son. But despite an extensive search, he never recovered Tyler’s body. He was successful in acquiring only a small tissue sample Tyler submitted upon joining the Rochester City Police but this fragment was not big enough to conduct any fruitful research. After a while and frustrated at his own failure, Howard instead decided to punish the world for taking his son away from him. He would use his power and research to create a new order and change the world that had pushed his son to the edge and eventually killed him. Without Tyler, Howard felt this course was the only one left open to him and as time passed, his passion for reviving his son gradually reverted back to the production of biological weapons. Using the Irish Giant’s DNA, Howard would use his new t-Virus for destruction, but Ezra still unwittingly believed it was being developed with the goal of artificially enhancing human intelligence. Part of Howard’s degeneration was down in part to Mary Gray. The resulting effects on the t-Virus had led to her developing a serious superiority complex. Because of this she felt isolated and alone, unable to develop friendships and intimate relationships. She wanted to punish humanity for this isolation and desired to ‘reset’ the world. She manipulated Howard to go along with this plan, wanting to use the fruits of his research to achieve her own goals.

By 2010, Howard had begun to use his new virus by experimenting on the students of the university. He even developed a new T-103 Type Tyrant which was stored in his hidden laboratory. Ezra panicked and worried the missing students would harm the university’s impeccable reputation and so he bribed local police detective, Barrington Meyer, to cover up the incidents. The B.S.A.A. also got involved by sending in advisory agent Rebecca Chambers undercover in the guise of a supply teacher. All this activity lured U.S. Government agent Tyler Howard to the university and he approached his father with his real identity, but Howard refused to believe him. When a full biohazard occurred across the university, Howard soon began to lose his grip on reality. All he desired was for the world that caused him so much misery to collapse completely. Humanity had become too powerful and too corrupt and a world this complicated and diseased needed to be destroyed and rebuilt from scratch. After Tyler repeatedly failed to convince Howard of his real identity, Howard injected himself with his new t-Virus but instead of becoming a meta-human, transformed into a horrifying monster. With tears in his eyes, it was Tyler who was forced to kill his own father.