Salvatore Moreau was a rather sad, unappealing individual and one of the “4 Lords” of Miranda’s council. He, like the other Lords descended from nobility and had been administered with the Cadou parasite. Unlike the other Lords however, Moreau lost his humanity and mutated into a large, depressed fish-serpent monstrosity. He was still capable and rationale thought and sat on the council with the other Lords.

He was however desperate to impress Miranda, an individual that he idolised. He took steps as far as was practicable to aid Miranda in her quest to locate a suitable vessel for her experimentation and did this with his own set up in his laboratory located in the caves and tunnels beneath his windmill home. Moreau also managed the nearby lake and damn complex. 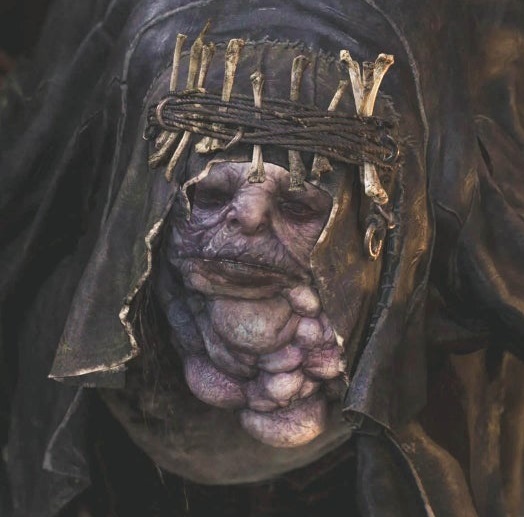 Moreau was known to enjoy eating cheese and watching romantic films in his spare time and did so in a small room hidden in the cave network. His history is largely unknown but it can be assumed at one point he was a fisherman due to his nautical tattoos but also his affinity towards the sea and water in general. Upon administration of the Cadou, his mutation was unique and he lost his humanity. His head and back were enlarged and he took on an aquatic appearance as a result. He was able to secrete a sticky goo like substance that he used within his caves to secure tunnels.

Interestingly his brain affinity was deemed to be low with the Cadou, which in normal circumstances would result in a human mutating into a Lycan. This was not the case with Moreau and the exact circumstances surrounding his mutation remains unknown. As with all the Lords, Moreau was bestowed with the Cadou and he used his time to specifically investigate and improve upon the base Lycan B.O.W that the Cadou created. His main experiment was the addition of wolf DNA to the spinal cord of a Lycan which resulted in the Varcolac mutation.

In February 2021, Miranda is succeeded in obtaining what she believed to be a suitable vessel for her ritual. Moreau was tasked in guarding the flask of the remains of the selected vessel Rosemary Winters. By the time Rose’s father Ethan encountered Moreau in his cave network Ethan had already taken the flask and looked to leave the area. Enraged by the potential consequences of failure, Moreau trapped Ethan in the lake area and sought to kill the outsider, something he believed would greatly please Miranda.

Despite being able to freely use the lake for easy navigation, Moreau underestimated Ethan who was able to drain the water exposing Moreau in the lost village. Further details here. The death of Moreau aided Ethan in being able to leave the reservoir area  to continue his mission.