Sophie was a beautiful and intelligent B.S.A.A. member working for the Oceania branch, highly-skilled with firearms and an expert in close-quarters combat. She was born and raised in Australia and liked to sing in her spare time. In August 2010 she was deployed to Philosophy University in Western Australia following a t-Virus outbreak. Whilst the rest of her team secured the outside perimeter, Sophie went inside alone and soon met up with Rebecca Chambers and Barrington Meyer in the security office.

She was later introduced to Chris Redfield and Piers Nivans and her cool demeanour and confidence quickly won Chris’ trust, so much so he was willing to let her accompany the shifty Barrington alone. Sophie also playfully flirted with Piers and was touched he always seemed worried about her safety. Sophie worked with Barrington to clear out the east area of the university but wasn’t the least bit surprised when he betrayed her. 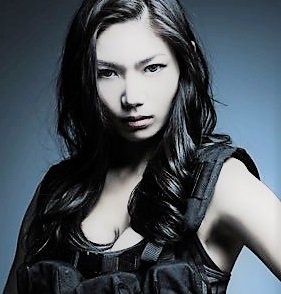 She easily disarmed him in combat and when he fled, she later found herself becoming attached to Posh Brown. She felt sorry for the cowardly security guard and offered to stay behind and protect him when his bite wound only served to slow the others down. She was injured herself during a battle with a large number of zombies but managed to keep Posh safe throughout. They made quite a team and was reduced to tears when she was finally forced to shoot him after he succumbed to infection. Eventually, Sophie met up with Chris, Piers, Rebecca and Tyler Howard on the roof of the university and assisted in bringing down the mutated Mary Gray. Following the conclusion of the incident, she gave her personal phone number to Piers and returned back to her team.