The Special Cases and Disposal Team was a temporary transfer agency of elite B.S.A.A. operatives seconded to and working under the jurisdiction on Blue Umbrella PMC. When Umbrella was first re-established, they were understandably put under heavy sanction and forced to operate largely in the background. Due to moral obligation, they dissolved their original in-house paramilitary unit; the Umbrella Special Service (U.S.S.), the same unit Hunk was assigned to. This also came about because one such sanction implemented by the United Nations was an article forbidding the possession of private organisations able to excise armed force. Although an understandable and necessary compromise, this also made it difficult for Blue Umbrella to operate safely in the field as one of their operational requirements was to extend support to anywhere in the world within twenty-four hours of a biohazard incident occurring. This issue led to lengthy consultation between Blue Umbrella and the U.N., with the PMC requesting humanitarian considerations in relation to entering active biohazard zones and hazardous field sites unarmed. 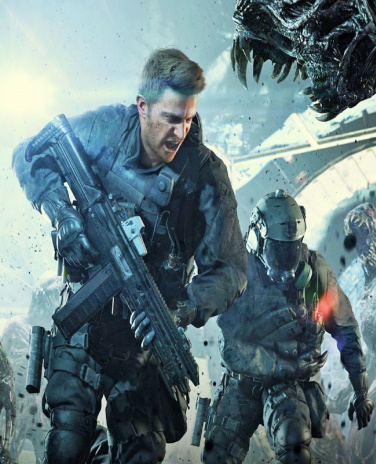 After extended consultation and debate, the resulting solution was a working relationship with the B.S.A.A., the U.N.’s own Anti-. B.O.W. military establishment. This brought about certain political ramifications as well as benefits to both respective organisations, however voices inside the B.S.A.A. were understandably not happy with this compromise. Although relations between the two had somewhat improved thanks to Blue Umbrella providing the B.S.A.A. with exclusive new anti-B.O.W. weapons and equipment derived from secret research conducted by Albert Wesker when he was still alive, there was still much distrust of this reformed Umbrella and what its true intentions really were. However, the cooperation of Umbrella Co. was essential within the U.N.

With bioterrorism incidents increasing in both scale and frequency, the development of approved countermeasures against increasingly complex B.O.W.s had not been completed and as a result the U.N. forces and Global Pharmaceutical Consortium who originally established the B.S.A.A came under severe criticism from each country. There was also the additional concern of the organisational operating costs of the B.S.A.A. ballooning out of control. Essentially bioterrorism had spread too far and too quickly for the B.S.A.A. to cope. This was only one reason why many small-scale biohazard zones were simply sealed up and quarantined rather than being expunged completely. It was a budget-saving move that had repercussions with many underworld organisations and companies plundering these zones for valuable B.O.W. samples and data to forward their own devious schemes.

The B.S.A.A. also still struggled with jurisdiction rights, with their aid in respective countries, including the United States, only being accepted on an invitational basis by that respected member state. Working with Umbrella was a potential solution to this long-standing problem.

The culmination of all this was the birth of the Special Cases and Disposal Team, granting Blue Umbrella support in the field with military back-up via the B.S.A.A. Personnel for the unit was comprised of seasoned B.S.A.A. elite operatives chosen from a select source pool. Their weapons and equipment was all developed and provided by Blue Umbrella. Case-tailored special weapon sets were prepared for the troops as flawless equipment provisions. The benefits of this collaborative relationship were significant because a quick-response system was essential in deploying to biohazard hot zones. Ammunition stocks and expendable supplies were always prepared in abundance for the main unit and was promptly supplied, but this arrangement resulted in a high operating budget.

All members of the S.C.D.T. had access to the Umbrella Arsenal System and carried the Albert W. Model 01P Samurai Edge as a secondary weapon. Assault rifles and submachine guns were issued to each member as a primary weapon based on each individual’s specifications. These primary weapons included the Albert W. Model 02 ‘Thor’s Hammer’ shotgun, which came about following high demand for the development of shotguns with new B.O.W. countermeasures as the main provision. Other equipment carried by the S.C.D.T. included an oxygen reserve biohazard mask with night vision and Umbrella HMD System, a Zombie Jammer which emits electromagnetic radiation to disorientate nearby infected, healing chems and stimulants, combat knives, and special anti-B.O.W. ammunition such as RAMRODS (Rapid-Acting Mycetetoxic Rounds).

This cooperative framework between Blue Umbrella PMC and the B.S.A.A. was a success and the results gained by the S.C.D.T. went a long way to helping Umbrella Co. fulfil their re-establishment requirements. As of 2018, in order to cooperate with B.O.W. eradication activities carried out by Blue Umbrella, a portion of the B.S.A.A. remains seconded and is contributing to bioterrorism deterrence and handling special projects. But there still remains a lot of doubt and many voices are questioning these activities. Despite all the positive results of working together, the relationship between Blue Umbrella and the B.S.A.A. remains fractious. Original 11 member Chris Redfield, currently a member of the S.C.D.T, has not been shy about voicing his concern about Blue Umbrella’s true intentions.