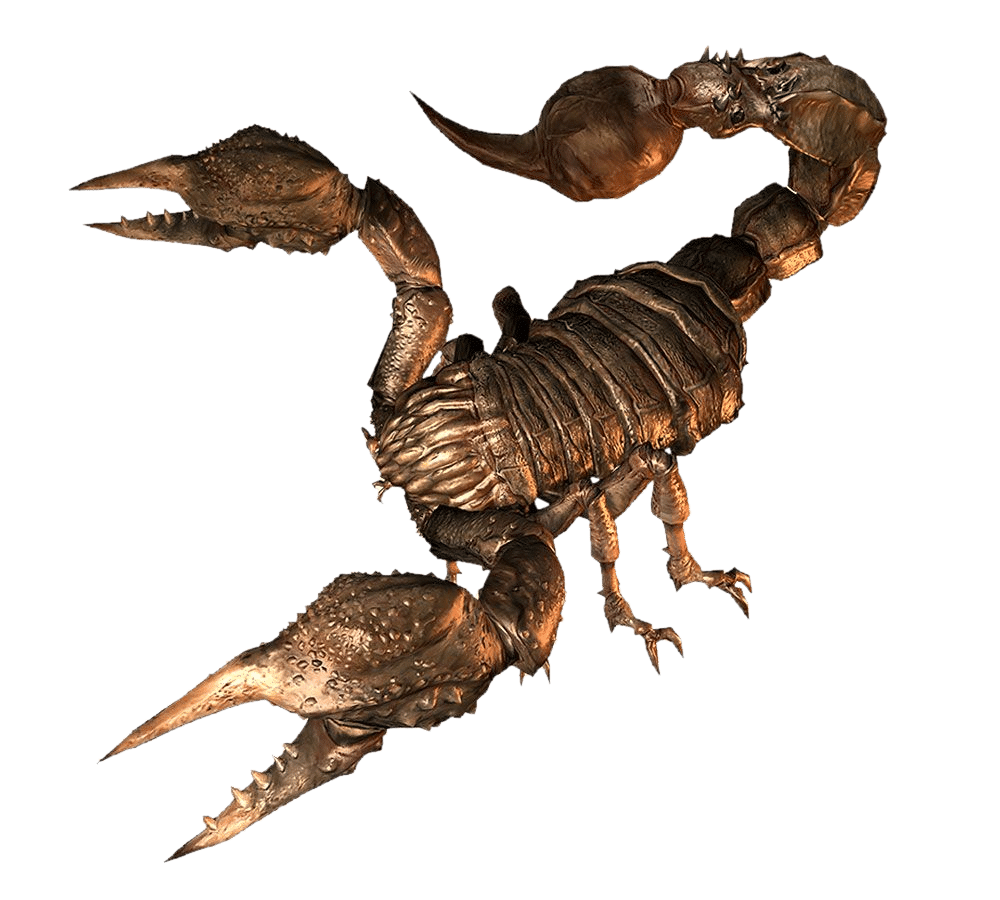 The Stinger was the result of injecting the t-Virus into a scorpion. The base organism belonged to the creature class arachnid, a phylum very close to spiders in classification. Therefore, like the Giant Spider, it continually repeated ecdysis under the influence of the t-Virus and grew to a size dozens of times its normal mature form with amazing speed.

Fully grown it was 3 meters long, including its pincers which were strong enough to cut through steel. The virus also caused its exoskeleton to harden to such an extent that it could withstand gunfire and suffer no damage. However, a gap developed around the head carapace area to compensate for its sudden, rapid growth. This exposure resulted in a large and very obvious weak point that made the Stinger unviable as a B.O.W.

In addition, the substance secreted by the stinger’s tail needle was not poisonous and only mildly harmful to humans. It was unknown whether toxicity wasn’t considered when the scorpion was chosen as the base organism for the administration experiment or if it was detoxified due to changes of gene information by the virus. Due to its large size, its movement was restricted and its attack powers slow and clumsy, consisting of charging at its target and stabbing with its tail. Intelligence differences were minimal though it had been observed using its pincers to protect its primary weak spot when in combat.