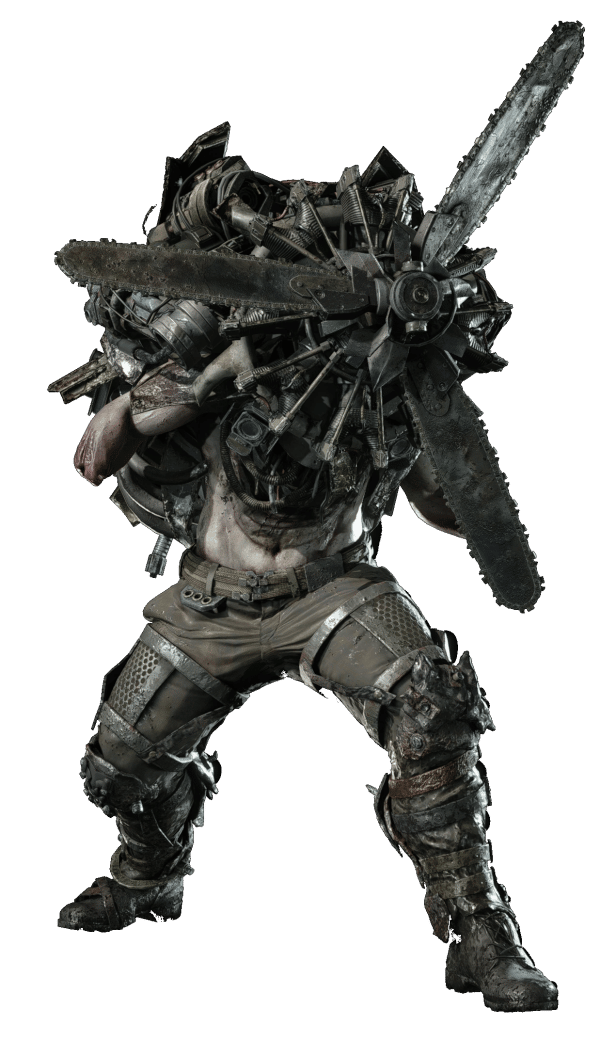 Sturm was the result of Karl Heisenberg’s ongoing experiments with the Cadou parasite and mechanical equipment. This was the same approach to the more successful Soldat creations, however in this case, the host underwent significant body transformation and engineering manipulation.

The power of the Cadou meant that hosts could survive a high level of damage and alteration and this can be best shown with Sturm. Here, the hosts’ head and upper torso had been removed and in its place, a large engine propeller was inserted.

This level of bodily mutation did not however come without consequences to the final B.O.W. The lack of brain meant that all intelligence was driven by the Cadou and as such only possessed a limited understanding of its surroundings. On the plus side, the addition of a propeller engine meant that it was extremely dangerous, especially if it was charging at an intruder, with the propeller acting as a formidable weapon.

This however, was not sufficient for Heisenberg’s aims and he deemed Sturm to be a failure. Instead of disposal however, Sturm was left to roam parts of the Factory instead.

The only known Sturm specimen was destroyed by Ethan Winters in February 2021.