The t+G-Virus was an experimental hybrid pathogen developed by Umbrella Europe and created via a unique fusion of the t and G-Viruses. The primary aim was for an infectant to develop an external defence characteristic via a unique high-voltage electromagnetic field that would surround and protect the host from conventional firearms and other projectile ordinance.

Following William Birkin’s death in 1998, work on the G-Virus stalled as there was no one skilled enough to finish his work and the virus remained incomplete. At that time t-Virus weaponry was still proving very successful despite the lack of intelligence in most subjects and severe necrosis of the body. Although various developments had been made to retain the intelligence of the host subject, there still remained the problem of t-Virus B.O.W.s being extremely weak to standard weapons because of the degradation of muscle and skin tissue brought on by the virus. 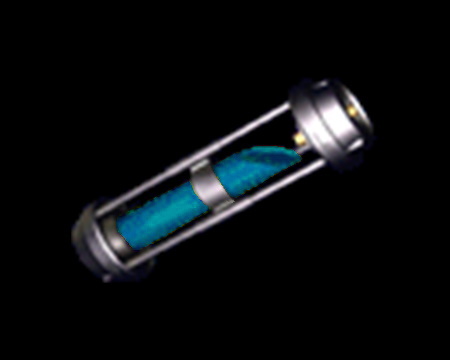 Over the next few years’ scientists looked for a way to counter this problem by studying bioelectromagnetics and looking at the interaction between electromagnetic fields and biological entities. The nerve impulses within an organism are just electrical energy signals and they created energy fields around the body and electromagnetic energy waves that could travel away from the body. Umbrella’s goal was to take this property and artificially amplify it to the point where it could generate a high voltage barrier around the entire body. The fusion of the t and G was a concept to somehow apply the G-Virus as a secondary application to an already infected t-Virus B.O.W., but this proved unsuccessful because of the volatile and unpredictable nature of G. Instead the G-Virus’ nucleoprotein complex was broken down on a genetic level and certain genes and proteins that triggered the more unpredictable properties of the virus were selectively removed and replaced with their less volatile counterparts from the t-Virus.

This essentially resulted in the t-Virus becoming an ‘antibody’ to the G-Virus and keeping it under control. This new variant restrained the runaway mutation properties of the G-Virus and also bypassed its reproductive qualities. The heightened electromagnetic field boosted electrical currents in conductive tissue such as the brain and amplified transcranial magnetic stimulation leading to changes in neuron activity that allowed the body to fight off the virus from eroding intelligence and reduce cellular necrosis. In essence, a perfect adaptor to the t+G-Virus would retain full intelligence and full sense of self. Because bioelectric signals improved cardiac function and changing natural electrical signalling in non-neural cells improved innate immune response to injury, the host body became much tougher to break down. However, a minor side effect of this could result in patches of skin across the body suffering from internal burns.

By 2002 the first t+G-Virus prototype was completed and labelled as ‘v.0.9.1.’ It was tested on a Tyrant but proved to be a total failure when only a minor bio-electrical current was generated and the subject suffered severe skin depredation and a total breakdown of intelligence. Traits of the G-Virus were also clear when the creature developed a nest of tentacles on its hands rather than the trademark Tyrant claws. Nevertheless, the resulting data allowed Umbrella to create a more refined variant dubbed ‘V.0.9.2.’ which was much more successful. Initial tests showed that the infectants created a substantial high voltage current capable of repelling and reflecting gunfire. This greatly protected the creature from harm but once the t-Virus creature was damaged past a certain point, the electrical field was lost and the G-Virus would completely take over, beginning an endless mutation cycle resulting in a substantial swelling of body mass and a complete loss of control. The t+G-Virus V.0.9.2. was due to be showcased on the Spencer Rain in summer 2002 when it was stolen in a terrorist attack led by former Umbrella employee Morpheus D. Duvall and his band of loyal followers. It is thought the project was scrapped shortly afterwards.

The best way to eliminate organisms infected with the t+G-Virus was the specially designed ‘Charged Particle Rifle’. Originally designed to cope with biohazards brought on by the t-Virus, it was based on a particle acceleration device which virus researchers used for gene manipulation and decomposing molecules. By launching particles at high speeds to cause damage at a molecular level, it is possible to penetrate barriers of electrical discharge and cause damage to a target. The weapon was further modified by followers of Morpheus Duval to attack beings electrically-charged through the new form of the t+G-Virus.