The Family was originally a small faction formed by an ancestor of Derek Clifford Simmons long before the United States of America came into being. Over time their influence gradually extended to all corners of the world until The Family held enough power to manipulate and shape the course of modern human development. Their ostensible goal is to maintain stability in the world, but its true motivation lay in exploiting global events to benefit its members. In modern times, they believed maintaining that stability was contingent upon keeping the United States at the top of the pyramid of world power. 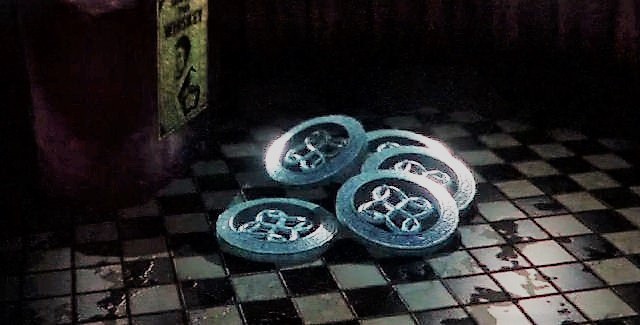 For centuries the group operated in complete secrecy, recruiting powerful and influential individuals and working behind the scenes to mastermind events and control world affairs. Their existence is unknown to the world at large but they are the epitome of myth and legend that relates to other infamous fraternities such as the Illuminati. Whilst so little has been documented about them and their recruitment process, they have access to unparalleled wealth which in turn leads to powerful influence within governments, monarchies, and the wider global circles of power.

Sometime after their foundation, The Family took control of ‘The Catacombs;’ a subterranean network of caverns and labyrinths located in North America, converting it into their own secret meeting place. In later years when the town of Tall Oaks was constructed above ground, the Simmons family bought the plot of land around Tall Oaks Cathedral and it remained solely in their care for every generations since. This land primarily serves as a meeting ground for The Family’s secretive dealings and is filled with hidden passageways and booby traps to obstruct potential interlopers. Anyone dedicating their lives in service of The Family is granted a final resting place in the burial chambers beneath the cathedral.

Acceptance into The Family requires all members to carry the Simmons family crest emblem which is a metallic knot of intertwined snakes. This sigil is engraved on lockets, coins and signet rings to serve as proof of membership. Because of their global roots, The Family often left behind large information caches in secret locations across all continents. Direction to find this information comes in the form of an innocuous, blue circular serpent stone engraved with the Simmons crest.

By the time of the late 20th Century, The Family had shaped mankind into its current state and the head of the group at that time was Derek C. Simmons, a high-ranking U.S. Government official. In the late 1990s he built up a close working relationship with Ada Wong, a notorious industrial spy with fingers in many pies having infiltrated Umbrella and their ‘rival company’ amongst others. Simmons influence ensured he was the one who made the final decision to bomb Raccoon City and erase it from existence on October 1st 1998. This decision made Ada Wong realise just how dangerous Simmons and The Family were and so she left his employ without looking back, though her knowledge of the fraternity left her in no doubt they were dangerous people to cross. The sole reason Ada wasn’t tracked down and eliminated by The Family was due to Simmons fondness for her, a fondness that later developed into an obsession. Whilst Ada Wong led a dangerous life, infiltrating many terrorist organisations and working with infamous bioterrorists such as Albert Wesker, she never dared interfere with The Family’s affairs.

Simmons used the Raccoon City incident as a case study into the validity of B.O.W.s, and with the collusion between the U.S. Government and Umbrella now indefinitely over following the sterilisation operation that destroyed the town, he used The Family to launch his own biological weapons research, quickly believing that viral agents and the monstrosities created by them will be the future of modern global warfare. If The Family could dominate and monopolise the B.O.W. market, they would control the very direction of war by controlling the production and output of weapons and maintaining the United States as the premier global superpower. Simmons recruited many notable and gifted researchers into The Family, including child genius Carla Radames. Because the organisation had access to classified viral strains such as the G-Virus and t-Veronica, Carla was able to launch the C-Virus project, using the limitless resources of The Family to ensure success.

The Family continued to observe world events from behind the scenes, watching and waiting as the world descended into fear and paranoia following the collapse of Umbrella Corporation and the inevitable rise of bioterrorism that followed. Major outbreaks occurred in the U.S. towns of Harvardville and St. Cloud, the megafloat city Terragrigia in the Mediterranean, and the small country of Kijuju in Africa amongst others, yet The Family never came to the forefront to right these wrongs. Simmons’ position in the Government allowed them to dictate any action they so wished, the bombing of Raccoon City being proof of that. In other major events their actions were far more discreet, but the results always benefitted their members.

However, this all changed and The Family were forced to interject when President Adam Benford, a close friend of Simmons, and an individual fully aware of the connection between the US Federal Government, Umbrella’s bioweapons program and the Raccoon City Destruction Incident, decided that the United States should start to accept responsibility for its more-controversial actions. Benford made plans to reveal their involvement to the world in June 2013 at Tall Oaks’ Ivy University. Simmons was terrified by the potential implications as The Family had long sought to create order in the world, choosing to build up the United States’ power and influence over centuries as the premier world superpower. Should the U.S.-Umbrella link be revealed, it was feared this balance would collapse entirely. Although Simmons tried and failed to talk Benford out of his plan, it was clear the President, friend or not, had now made an enemy of The Family and action had to be taken. Simmons made preparations to remove key enemies from the picture and maintain US-superiority. If the truth about the U.S. government’s connections to Umbrella’s bioweapons program were to get out, it would destabilize the world and remove America from the top of the hierarchy of power. Therefore Simmons set into motion a plan that would launch a bioterrorist attack and assassinate the President, thus preserving The Family’s designs on power and stability.

Using the C-Virus, Simmons orchestrated a biohazard in the town of Tall Oaks on June 29th 2013, eliminating President Benford before he could make his revealing speech at Ivy University and killing over 70,000 innocent people. But although this part of his plan went off without a hitch, Simmons had one fatal weakness which was his feelings for Ada Wong. Having lost her in 1998, Simmons had begun to feel emotionally stressed in his life and enacted a plan to create a duplicate of her using the C-Virus created by Carla Radames. The experiment took ten years to complete and Radames herself was used as the final test subject. Although the experiment was successful, the new Ada Wong still retained repressed memories of her time as Carla and as these feeling grew over time, she began to feel an intense hatred for Simmons and burned with revenge. For a time she kept these feeling in check and worked under Simmons and researchers from The Family to slowly weaponise the C-Virus and create specialist B.O.W.s known as ‘Complete Mutation Species.’ She later exploited Simmons’ strong feelings for her and manipulated him into gifting her a large slice of The Family’s wealth to secretly create Neo-Umbrella; a terrorist organisation based in China where she continued her own research in private as well as keeping up the charade of working alongside Simmons. Carla’s quest for revenge soon turned into a plan to destroy the world, a goal she set up deliberately to purposefully undo everything The Family had ever worked for and achieved.

Events culminated on July 1st 2013 in the midst of Neo-Umbrella’s attack on Lanshiang, a coastal city in the People’s Republic of China. Simmons was eventually injected with an enhanced version of C-Virus on the orders of Carla and turned into a monster. The Family watched these events from afar before deciding to abandon Derek to his fate. The Family restored order by eliminating Carla themselves and retreating back to the shadows, choosing a new leader for their group before the bio-terrorist incident even reached conclusion. They then retreated back to the shadows and have yet to be heard from since. Unconfirmed reports suggest they may have recovered samples of the enhanced strain C-Virus.

Following this incident, many people still working within the U.S. Government remained loyal to Simmons and sought to disrupt the new political regime that set about deconstructing everything he had built. In particular they targeted the Division of Security Operations where Leon S. Kennedy led a taskforce to root out traitors. One of these individuals was Steven Air, a highly respected U.S. Senator who purposefully sold information to bio-terror organisations. He was eliminated before he could be arrested and taken into custody so other prominent individuals could not be exposed. One of President Benford’s top aides was also involved selling classified information to clandestine organisations and underworld groups. The U.S. Defence Chief and even the Vice-President may also have been dirty. But whether these individuals were members of The Family or not remains unknown.