The Sacred Snakes was the name of the criminal organisation founded and run by drug lord, Javier Hidalgo. The syndicate was primarily based in the Amparo region of South America and ruled over the land by instilling the upmost fear into anyone who dared think about opposing them. Javier made a name for himself at a young age by dealing drugs when still just a teenager. As he got older and his influence grew, he ruthlessly slaughtered his enemies cruelly and without mercy. 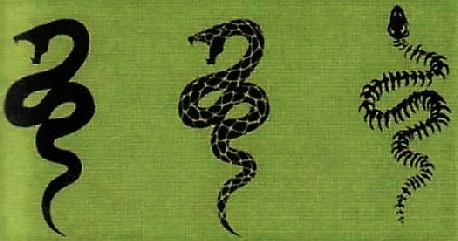 Because he used his immense wealth and armed might to influence local government and law enforcement, the actions of his organised crime ring went largely unchecked inside his own country.

The wealth of the Sacred Snakes was generated primarily by all the drugs they exported all over the world, and in later years they branched out into human-organ trafficking. Javier held an immoral philosophy by doing anything to get what he wanted and would place protecting those he loved above all else. He ruled with a ruthless intolerance of treachery and was very generous and compassionate towards those who followed him, which is why there were those who loved and respected him as a hero. The Sacred Snakes operated on a system of ‘control through fear’ and brutally punished traitors without exception. They also had a reputation of awarding loyalty very well, which helped them recruit new members and plant spies within local police and government. All members of the syndicate had a black snake tattoo on their chest. Their methods were extremely profitable and in addition to drugs, they also sold weapons and sometimes even human beings for the slave trade. The power and influence of the Sacred Snakes continued to spread and by 2002, they had come to be marked by the American intelligence agencies.

The Sacred Snakes originally signed a contract with Umbrella in 1991 when Javier met representatives of the Ashford Family and purchased a medicinal strain of the t-Virus in a bid to cure Javier’s wife of terminal cancer. When this failed, Javier resolved to use the virus to start up the Sacred Snakes’ own biological weapons program, which became known as ‘Code: Remnants.’ The Sacred Snakes began to research and verify the usability of B.O.W.s. Later, t-type B.O.W.s, mainly zombies, were used as propagators of terror against hostile forces in the area, including communist insurgents.

Although the main operating base of the Sacred Snakes remained a secret, Javier himself operated from an expansive residence just inside the border of Amparo, nestled deep within the jungle. As well as being a luxury stately home, the compound was also outfitted with laboratory facilities and storage warehouses running deep underground. Despite the main headquarters of the Sacred Snakes being located elsewhere, this compound was well protected against invasion by guerrillas and government forces.

Although its standing mercenary garrison was small, numerous B.O.W.s, traps, and state of the art surveillance and defence systems were deployed all around the perimeter. There was also a bomb-shelter in the basement to which Javier could retreat to in an emergency. The complex was also built to withstand such extraordinary situations as floods and natural disasters. The Sacred Snakes also maintained control over vital amenities in order to keep revenue up for the syndicate.

One such example was a large dam built under the orders of Javier on the Amazon Delta, boasting a total reservoir storage capacity of 20 billion tonnes. Inhabitants of this remote area of the jungle had previously never had adequate electricity and now felt indebted to Javier and the Sacred Snakes for supplying this important power source. It also raised the standard of living and financial status of the Snakes and its members. Originally, the dam was built to secure a large source of electricity to be used solely by the Sacred Snakes, and also as a non-verbal threat to districts under their control. The dam had a complex floodgate which Javier could release and induce massive flood disasters on areas downstream whenever he pleased. On one occasion when a defiant tribe opposed the Sacred Snakes, Javier caused an intentional water discharge ‘accident’, ultimately wiping out the entire tribe and their village of 80 people.

As the years went by, the Sacred Snakes continued to have dealings with Umbrella and purchased low-cost B.O.W.s that were mass-produced from the Chemical Plant in the Russian Caucasus. However, as Umbrella became ever more desperate due to the business suspension decree enforced by the U.S. Government and the spiralling legal costs of the Raccoon Trials, they were forced to raise their agreed price for the transactions. This situation was irreparably damaged when Umbrella later tried to trick the Snakes into paying vastly inflated prices for their products using a fake independent broker.

Following this, the Sacred Snakes switched their B.O.W. business dealings from Umbrella to the ‘rival company’ after Albert Wesker first made contact with Javier in 2001. Before long, the Snakes had access to the t-Veronica Virus and prototype Veronica-base B.O.W.s such as the Jabberwock S3. Javier planned to use the Veronica virus as a form of treatment for his daughter, Manuela, who had contracted the same terminal disease as her mother ten years earlier. In order for the treatment to work, she had to undergo regular organ transplants and this was the primary reason the Sacred Snakes branched into human organ trafficking.

In 2002, Javier made contact with a former Umbrella researcher in a bid to recruit him into the Snakes and it was around this time that the syndicate began to be monitored by the U.S. Government. This led to a covert and ultimately successful mission to locate and apprehend Javier. Following his death at the hands of Leon S. Kennedy and Jack Krauser, the Sacred Snakes crime syndicate went into collapse and was dissolved shortly afterwards.