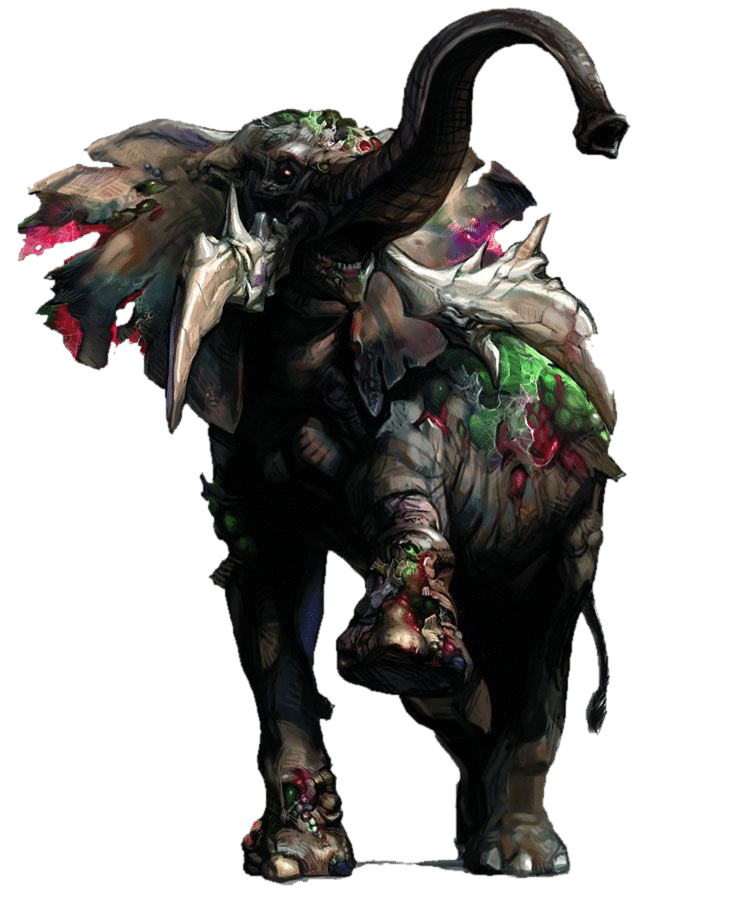 The Titan was the monster name for this zombified elephant. It’s actual name was Oscar and was the star attraction at Raccoon Zoo. In the zoo, Oscar had his own performing area to delight visitors and tourists alike.

During the outbreak of 1998, Oscar was infected with the t-Virus making him an extremely dangerous secondary infectant biological weapon. As with most mammals, Titan did not exhibit any significant growth increases as a result of the infection, but of course did develop the taste for flesh, something not usually associated with elephants.

Due to his size and the decrease in his pain receptors, Titan would travel across the zoo, knocking down walls in the process. Despite this apparent freedom with no keepers able to contain him, he did retain some memories and intelligence prior to his infection. For example, he never left Raccoon Zoo. The zoo itself was located in the heart of Raccoon City, but there were no reports of Titan exiting the zoo boundaries. Secondly, Titan would still respond to his usual performance music. This suggests that Titan was not suffering from complete cranial necrosis when the Raccoon City survivors sought refuge in the zoo, as by playing the music he was so accustomed to successfully lured Titan back to his paddock. Only one specimen of Titan has been known to exist.