Tyler Howard was born to loving parents. His father was a respected molecular biologist specialising in fossils and cell regeneration but his mother was very ill and shortly after his birth, died from her illness. Tyler was brought up alone by his father and at some point he bought them matching pendants they both wore to symbolise their togetherness. The two of them lived a simple but comfortable life until Ryan’s research grants were cut and he was made redundant. Soon they both ended up on the streets and struggled on desperately for some time until Ryan found himself scouted by the Umbrella Corporation. Ryan was uncomfortable about the nature of the work he was asked to conduct, but realised the successful completion of his research would ensure financial security for him and his son. 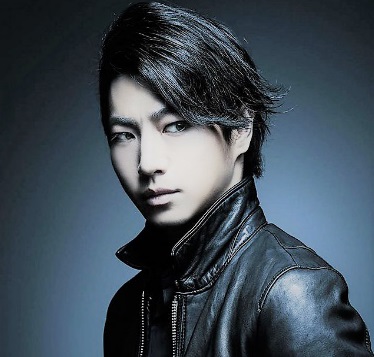 In around 2003, Ryan accepted a contract with Umbrella and was posted at a secret laboratory in an undisclosed location to work on biological weapons. Unfortunately the secretive nature of the work meant that for security reasons, Ryan had to be kept isolated and was not allowed to return home until his research was complete. This led to Tyler becoming worried about the well-being and safety of his father. He contacted Umbrella to gain access to his whereabouts but was soon rebuffed. When the corporation eventually collapsed following the conclusion of the Raccoon Trials, Ryan effectively disappeared without trace. Determined to track him down, Tyler joined the Rochester Police Department with the sole objective of finding his dad and discovering the secret behind Umbrella. He searched fruitlessly for over two years with only a letter from his father promising he would return home soon to spur him on.

In 2005, a t-Virus outbreak occurred in St. Cloud, Minnesota, suspected to be a terrorist attack caused by a contingent of bitter former Umbrella employees. The B.S.A.A. intervened and worked alongside Rochester Police Officers, including Tyler, to rescue civilians and contain the biohazard. Tyler encountered many zombies and wondered why they would not die until he encountered B.S.A.A. advisor Rebecca Chambers who advised they could only be killed by shooting them in the head. Tyler showed her a data pad he’d found detailing heinous Umbrella experiments on innocent people. He also told her of his father and refused to believe he’d ever be involved in bioterrorism. Rebecca made him promise to keep the revelation about his father a secret but they were soon forced to separate when more zombies arrived.

Following the conclusion of the incident, Tyler handed over the data pad to the investigating authorities and this put him in contact with Adam Benford; a high-ranking government official and leader behind the Secret Military Agency formed after Raccoon City that Leon Kennedy belonged to. Benford soon recruited Tyler into this unit and he became a U.S. Government agent. As part of his cover his death was faked and the Rochester Police Department issued a statement declaring he had been killed in action. In an ironic twist of fate, this news reached Ryan Howard who was currently in hiding with Mary Gray, and this revelation about his son’s death shook him to the core.

Tyler worked for Benford for five years whilst still following up leads on his father and his search eventually took him to Philosophy City in August 2010. He’d received information his father was now employed as a microbiology professor at the main university run by Ezra Sennett. There he confronted Ryan for the first time in seven years, but his father was now blinded by endless torment from grief and manipulation through Mary Gray, and dismissed Tyler as a spy sent to steal his work. He was so utterly clouded by guilt and bereavement that he would not even consider his son was somehow still alive and now standing before him. Dejected, Tyler left his father alone. Shortly afterwards, he ran into Mary Gray, a student with her own secret history and someone who struggled to connect with the world. She could sense Tyler’s grief and found herself with an attachment too him. He confided in her that he did not feel alive and that misery only disguised loneliness, and loneliness could quickly turn to anger. That was a trait Mary was only too familiar with and one of the primary reasons she harboured a secret desire to ‘reset’ the world.

Tyler was still on site when the t-Virus broke out across the university and turned a majority of the staff and students into zombies. When the B.S.A.A. arrived, he chose to hide in the shadows and discreetly followed Chris, Piers and Rebecca as they began moving through the infested offices and rooms towards Professor Howard’s research area. He eventually revealed himself to steal the briefcase containing the new t-Virus and initially developed animosity with Chris and the other B.S.A.A. members. He came to blows with Chris over the involvement of Professor Howard in the biohazard but Chris eventually calmed him down enough to convince Tyler they were fighting on the same side. But Tyler was mortified when he used the pendant his father gave him to remote activate a security system that revealed the hidden zombie test subjects in his father’s lab. He was distraught his father would create such monstrosities and he would never know it was Ryan’s grief over his apparent loss that caused it all. Tyler became sloppy and refused to shoot the zombies from that moment on, and it took another pep talk from Chris to bring him to his senses. Chris explained that he and his sister were made orphans at a young age and he now considered the B.S.A.A. as his family. He invited Tyler to be part of that family and soon the young agent was back killing the undead. Eventually they confronted Professor Howard in Ezra’s office and after Tyler failed once again to convince him of the truth, Howard injected himself with his own virus and began transforming into a hideous creature. Wracked with grief and emotion, Tyler killed his father.

He later assisted Chris, Piers, Rebecca and Sophie in destroying Mary Gray; the only human who had successfully adapted to the t-Virus and Howard’s secret adopted daughter. It was her manipulation that made him turn to the dark side and Tyler’s role in destroying Gray was one small piece of justice for his dad. When the U.S. Government sent a helicopter to extract Tyler from Philosophy University, he offered a lift to Chris, Piers and Rebecca, signalling a new bond of trust between himself and the B.S.A.A. He presumably then reported back to Adam Benford with a full mission report. His current whereabouts since that incident remain unknown.