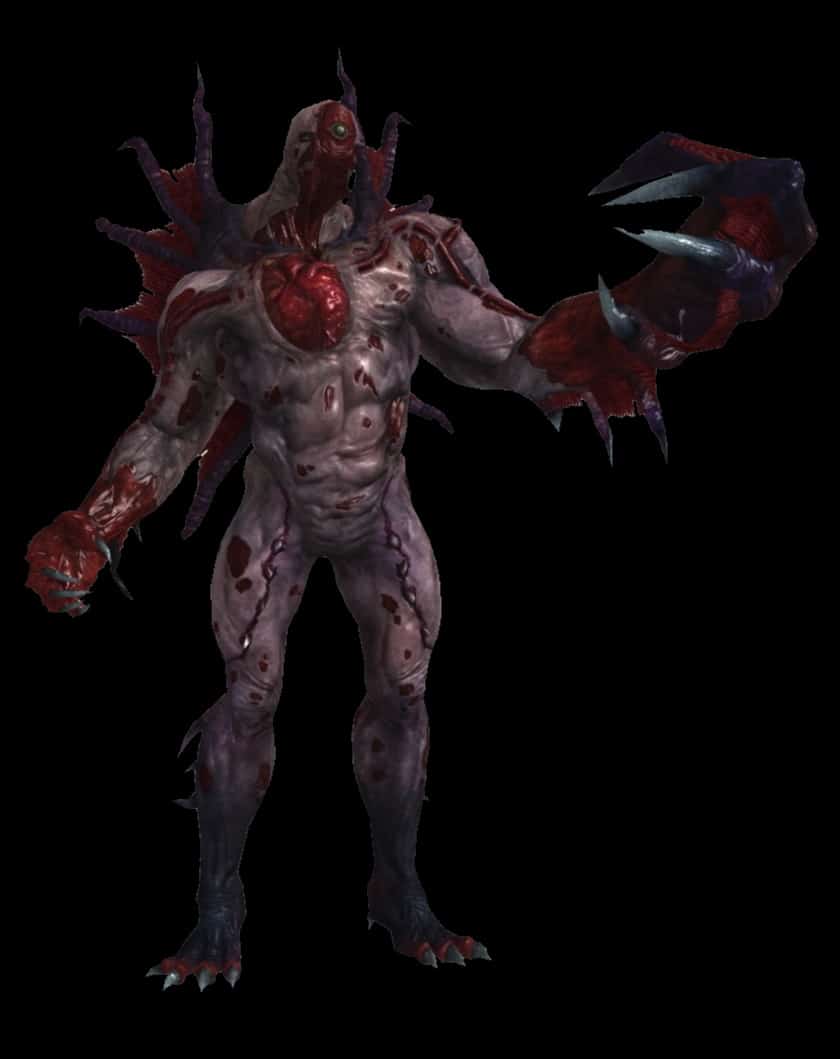 The result of Jack Norman succumbing to the full effects of the t-Abyss Virus.

Upon being confronted by Chris Redfield and Jill Valentine, Norman produces a vial of t-Abyss and tells Morgan to behold the terror he has unleashed. This time he bites down on the vial and ingests the virus orally, causing him to mutate instantaneously. Thanks to his repeated injections and his body slowly adapting to the virus over a long period of time, his body does not liquefy like that of an Ooze and instead results in increased muscle mass and an extended, hardened bone structure. This is the ultimate representation of the t-Abyss Virus.

He now has the muscular appearance of a Tyrant and an appendage on his face emits a blinding light that disorientates the two agents and makes them believe he is teleporting around the room. He can also emit a gas which clouds the mind and creates the illusion there is more than one of them in the room.

Despite this impressive ability, the truth can be revealed – whenever the real Norman attacks he emits a purple gas from his mouth and his internal organ becomes exposed which is his primary weakness, similar to many Tyrant models and an inherent flaw of the t-Virus itself.

After a prolonged battle, the Ultimate Abyss is floored and destroyed on-board the Queen Dido.