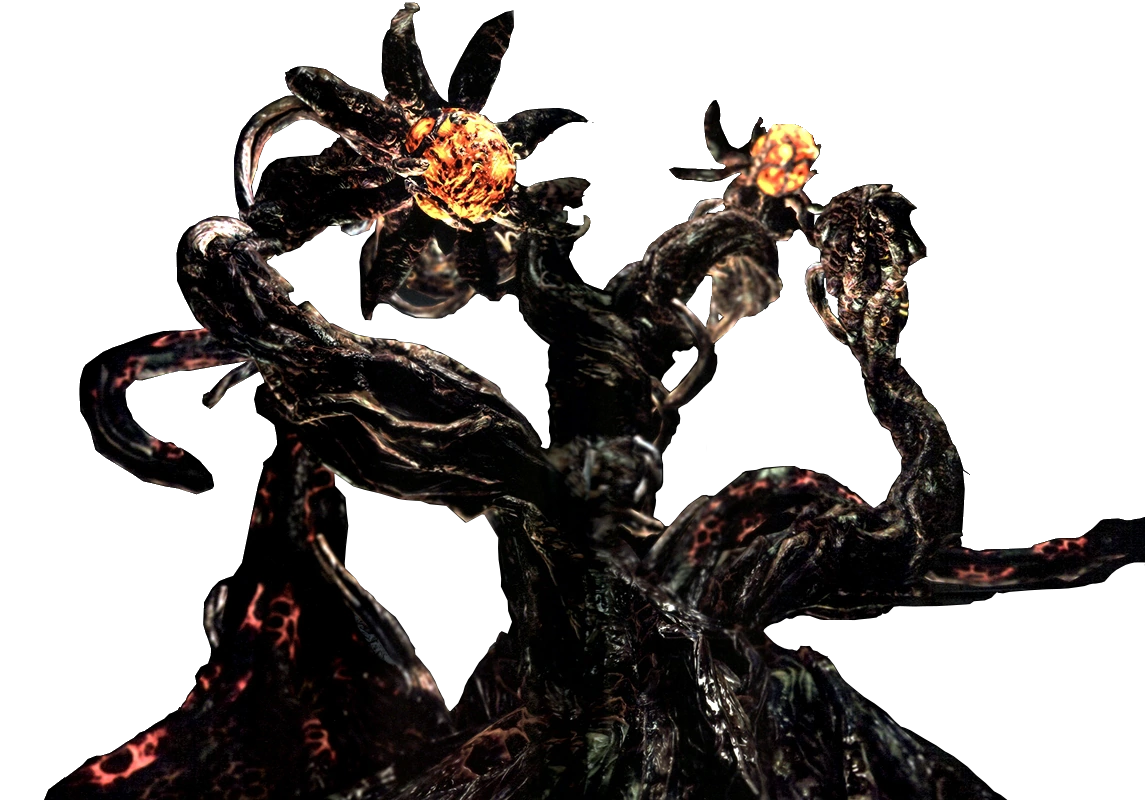 The creature known as Uroborus Aheri was the result of Excella Gionne rejecting and subsequently mutating following the application of the Uroboros Virus after its administration by Albert Wesker. Aheri means ‘end’ or ‘limit’ in Swahili.

Similar to other specimens, if the host does not possess compatible genes, the virus will quickly overtake the body with dramatic consequences. In this case the ‘dark blood’ bursts from her mouth in a sea of oily, black tendrils. The sentient pustules immediately go on the hunt for fresh organic matter to consume, enveloping the nearby pile of dead bodies, taking them in one by one and absorbing them.

Excella vanish beneath a black mass or pulsing, writing organic matter that grows ever larger with each corpse that is consumed. Soon the creature has risen to over 30 feet tall and has developed its distinctive glowing orange-red pustules.

A creature this size could not be defeated with conventional weaponry and indeed only through the use of the Shango Satellite Laser were the B.S.A.A able to defeat the creature.