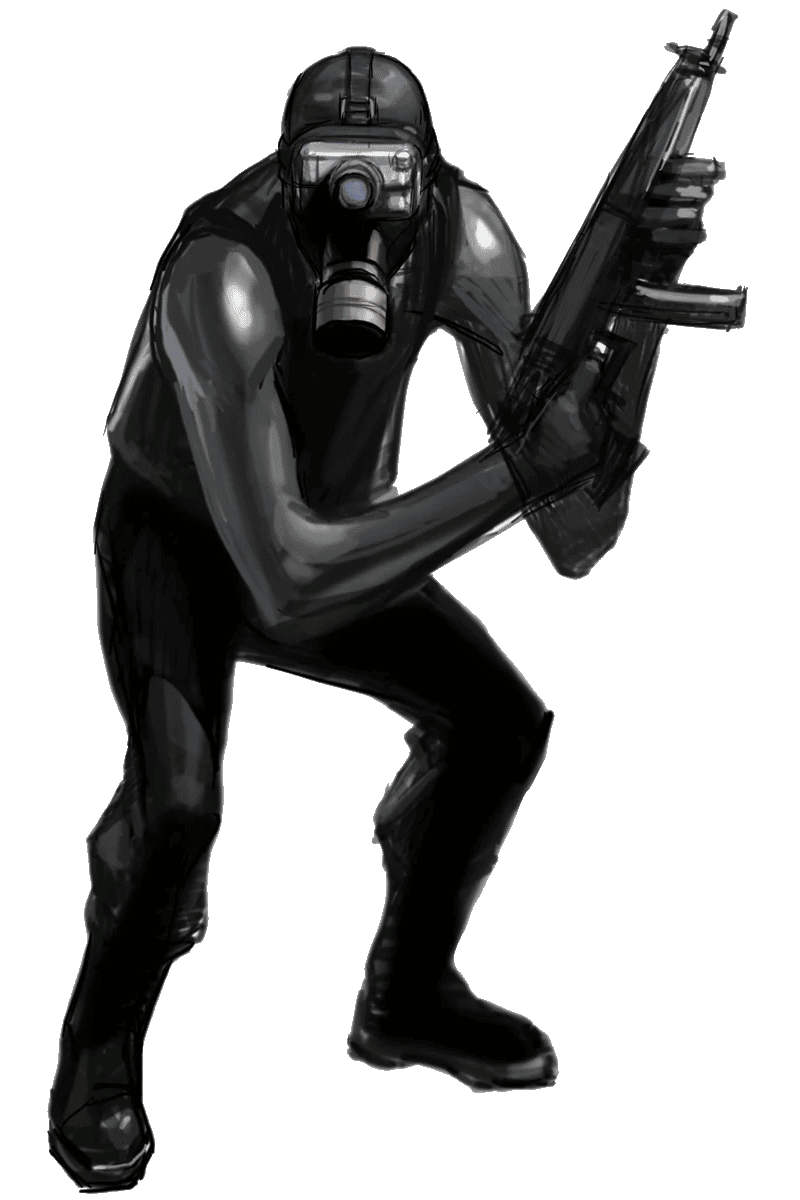 The ‘Under Taker’ unit was a short-lived experimental program to create a disposal evidence destruction force applied to top-secret missions of hazard degree A+ class. Their mission parameters were restricted to two phases; the elimination of witnesses and the complete destruction of the target area. The only human is the unit commander who leads the artificial biological force; these are artificial humanoid beings designed as soldiers rather than weapons. They were small in size, with enlarged arms and legs that gave them an awkward posture. Their movements were almost monkey-like and they often performed forward roles and flips when under sustained attack.

They could be programmed to follow basic commands and trained to handle firearms, although their marksmanships skills were often below-average. They carried basic MP5 machine guns and single night-vision goggles. When fatally injured they would emit a high-pitched inhuman shriek and their bodies would dissolve completely following the release of a highly corrosive chemical built into their skin-tight combat suits that acted as a modified version of the external ‘Power Limiter’ applied to some Tyrant models. This was purposefully designed to leave no trace of the Under Taker’s existence.

Mission instructions were relayed via a computer device on their helicopter transport with cables connected to the helmets of each individual operative. Upon completion of their mission, the Under Taker operatives would self-destruct in accordance with a pre-programmed order prior to deployment. Only the human commander’s return was permitted. In the operation on Sheena Island, their orders were to conceal the biohazard that broke out due to the recklessness of Commander Vincent and destroy the entire island using the research facility’s self-destruct device. Throughout Umbrella, the Under Taker’s were also referred to as ‘Trash Sweepers’ or ‘Cleaners’ and it is believed they may have been a temporary exercise due to the recent decimation of the U.B.C.S. in Raccoon City, though this has never been confirmed.