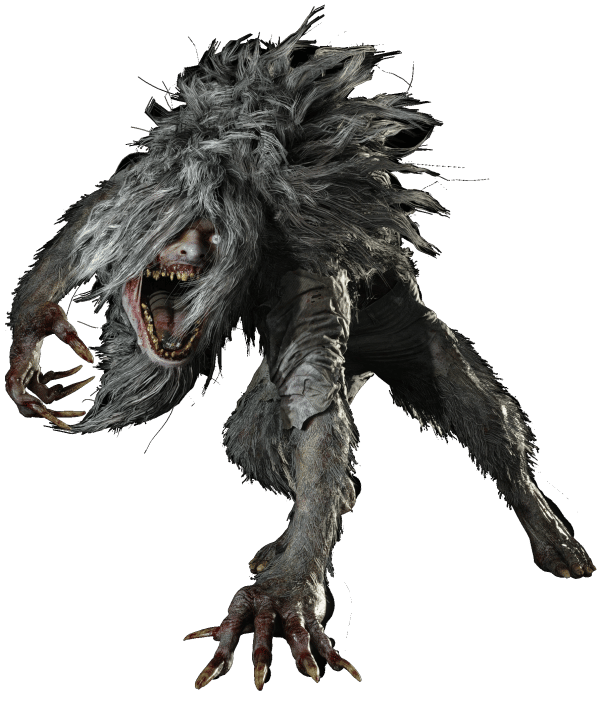 Vârcolac was the result of ongoing experimentation by Salvatore Moreau with the Lycan creature. Created by adding wolf’s blood to the spinal cord of an existing Lycan B.O.W, the result would see the creature further mutated and taking on an even more animalistic form than what it was previously.

Vârcolac also grow in size and resorted to walking mainly on all fours, a side effect of the addition of wolf blood to a Lycan. The creature also grows more hair and has a greater ability to launch itself to higher ground if necessary.

Very few were created by Moreau although the first instance was documented in his experimentation log. Like the other 4 Lords, he had unlimited access to the Cadou and this was his rather primitive attempt to aid the greater quest of locating a suitable vessel of Mother Miranda.

Vârcolac are are extremely aggressive and require a great deal of firepower to take down. The still retain their unfettered desire for flesh and blood.

VÂRCOLAC ALFA–  A unique variant of the Vârcolac. This version displays similar traits to the standard model but is more durable and resistant to firepower. It is also lighter in colour with an orange-brown hue instead of the black-grey tones of the normal creature.

It can be assumed that the Alfa model was a unique reaction or mutation to the experimentation and was deemed to be the “leader” when set against the other Vârcolac monsters that were created. 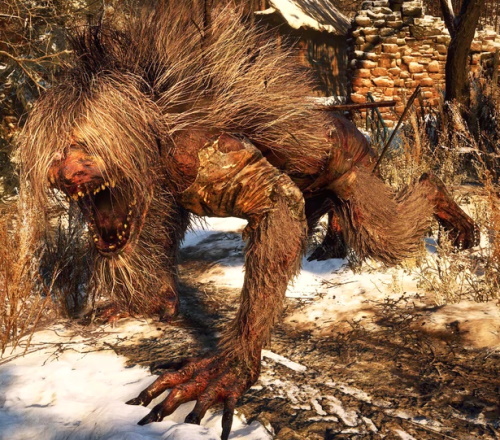