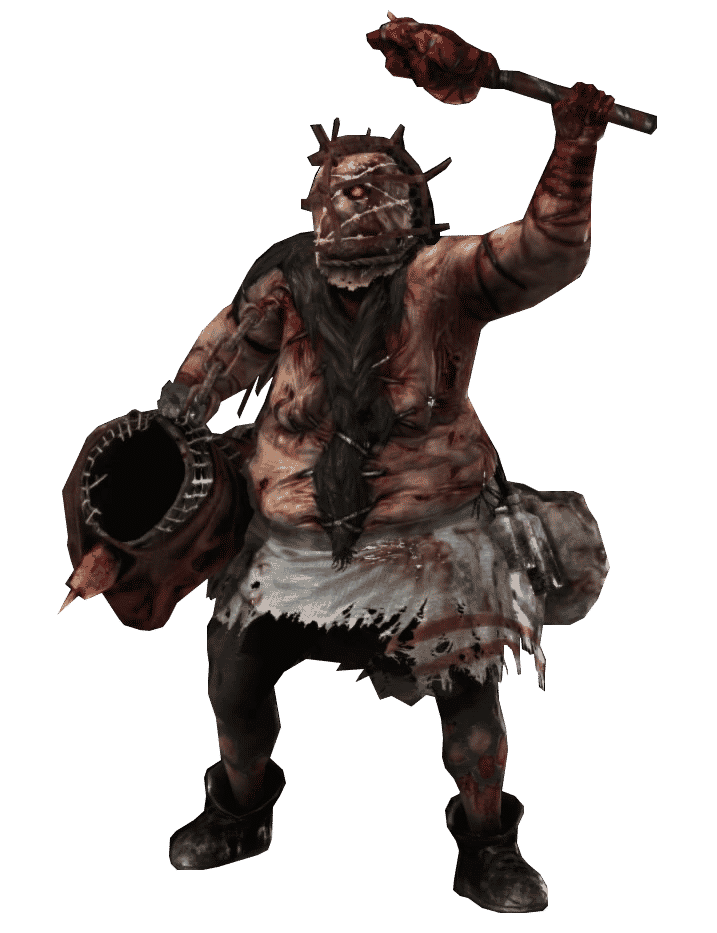 The Vulcan Blubber were specialised subjects who underwent extensive biological remodelling through various drugs and growth hormones, resulting in an abnormally large physique and improved durability.

The application of the t-Phobos Virus completely destroyed their neo-cortex, resulting in a catastrophic loss of intelligence. But their increased strength allowed them to wield a specially-made canon they could ignite and fire off balls of flame. They could also charge at their targets and crush them with their enlarged bodies.

A Vulcan Blubber communicated primitively by banging its club incessantly and its head was protected by steel rods wrapped in barb wire to create a helmet.