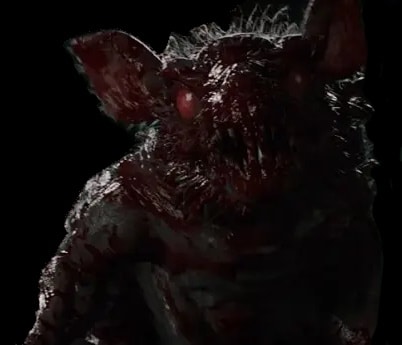 The Zombie Rat was a very basic, but highly effective biological weapon specifically created in order to contaminate an area extremely quickly. As with most mammals, the Zombie Rat did not grow to extreme proportions, however it’s natural hunting and scavenging ability was greatly enhanced.

The Zombie Rat was a purpose created biological weapon and as a result displayed some difference to a secondary infectant rat. For example, the Zombie Rat was mainly hairless, exposing its decaying and rotting skin underneath. Whether there was any benefit to this remains unclear as it could have been a side effect of continued experimentation.

As the Zombie Rat was infected with a new t-Virus strain, it appeared to display increased aggression. The rat would hunt very effectively in groups making them a perfect B.O.W to quickly spread the virus. Additionally, it can deduced that the effects of the virus also greatly increased the reproductive cycle of the base organism. Rats are known to produce multiple litters however, this looks to have been amplified.

During the US Terror Crisis Zombie Rats were released on a secret stealth submarine by Jason and Shenmei under the orders of Secretary Wilson in order to implicate China in bioterrorism.

During the outbreak, the Zombie Rats were rabid, taking down and killing many of the submarine staff. It was hear that a new litter of Zombie Rats were seen emerging from a crew member’s dead body suggesting that viral offspring could be born from the B.O.W in a very short period of time. All Zombie Rat specimens were killed when the submarine was destroyed.

The rat was a major cause of the t-Virus outbreak in Raccoon City. Following G-Birkin’s devestating attack on the USS Alpha Team, led by HUNK, a caseload of t-Virus was spilled in the underground sewers.

This being a natural home for the Rat, began to drink some of the spilled virus and in turn became infected. The physical impact of this infection was mimimal. The eyes turned red and almost certainly gained a taste for flesh above and beyond what was already present in the creature.  The rat however, remained fairly placcid and would scurry out of the way of anything larger than itself thus showcasing a fairly unique reaction to the infection. 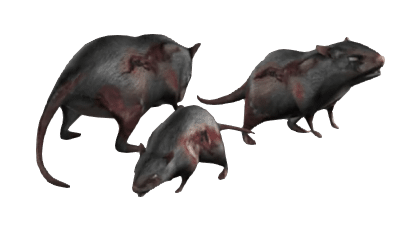